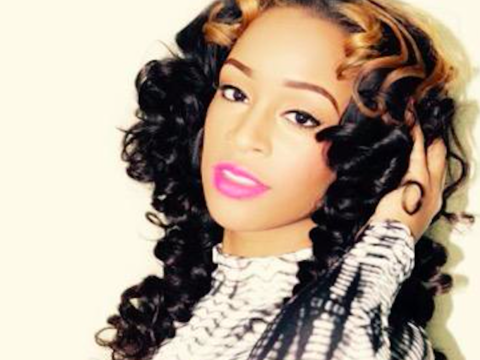 Young Thug‘s ex-girlfriend Kameme has stepped forward on social media to accept responsibility for saying she hoped he would die last night (July 18).

Kameme went to Twitter Monday night and let loose on her issues with Thugger.

Stop acting like I didn't admit I was wrong hoe @MissJerrikaK pic.twitter.com/0pTvLpmH99

I honestly was mad but wrong because she don't act like a real step mama https://t.co/PePVCdQDbl

Yooooo I'm not for that !!! I won't allow u too disrespect my kids sister she's innocent !! https://t.co/EyjcQNrGsE

Prior to her remarks, Young Thug went on a Twitter spree against his ex.

I wouldn't dare give a bum like u the ups on my bitch!! never in a million years!!

I no u do!! pic.twitter.com/9Qbjk8JRYb

Last weekend, Thugger posted up some footage of himself driving around with new songs off his upcoming Jeffery project playing.

The post Young Thug’s Ex Defends Saying She Hopes He Dies: “I Meant It” appeared first on For The Best In Hip-Hop News – SOHH.com.