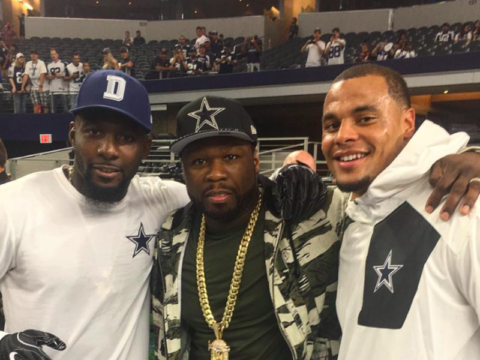 G-Unit‘s 50 Cent might be from New York but he’s rocking with America’s Team. The hip-hop superstar showed off his support for the Dallas Cowboys this weekend.

Fif posted up a picture of himself Sunday (September 25) alongside Cowboys stars Dez Bryant and Dak Prescott.