A$AP Rocky Gets His Young Hov On, Aiming To Help Save MTV 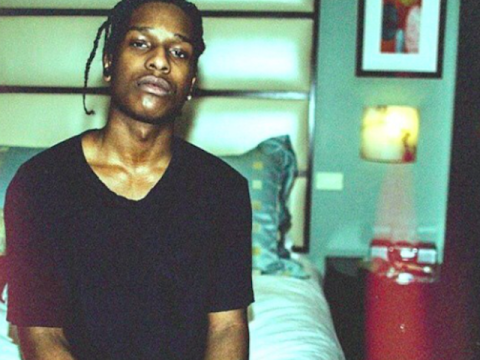 A$AP Mob‘s A$AP Rocky is coming to MTV’s rescue. The once-dominant platform for new music and content has added the New York rapper to its staff.

According to reports, Rocky has agreed to a two-year deal with MTV to help produce new kinds of “memorable content.”

“I think we need to get people more in tune with vignettes, video clips,” the musician said in an interview. “That’s really going to be my strong suit.” MTV has signed A$AP Rocky to a two-year deal under which he will devise original concepts, experiment with programming and various pieces of MTV intellectual property, and develop content for advertisers. He and his company, AWGE, will form a venture called MTV Labs, billed as a “creative incubator” unit. (Variety)

Earlier this month, Rocky lit up social media after getting spotted working on his third solo album with rock legend Lenny Kravitz.

The post A$AP Rocky Gets His Young Hov On, Aiming To Help Save MTV appeared first on SOHH.com.

A$AP Rocky Gets His Young Hov On, Aiming To Help Save MTV : SOHH