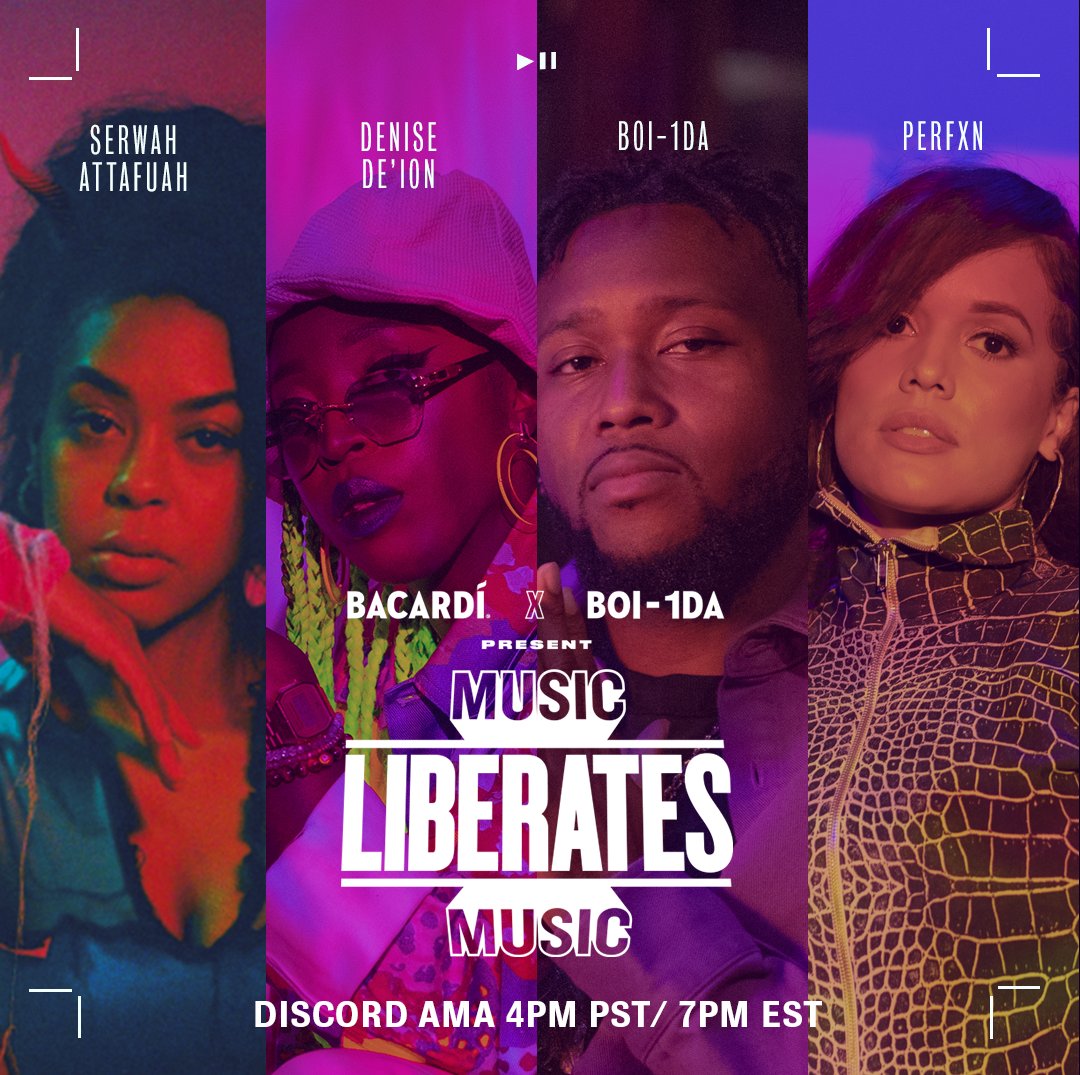 Here on Today’s Hip Hop, we’re committed to sharing the real with up and coming artists, so you can expect to get articles and resources to help your journey. Today,  BACARDÍ rum and GRAMMY Award-winning producer, Boi-1da, announced a major development that female Hip Hop heads should tap in to. The two have joined forces to launch “Music Liberates Music”, an ongoing program designed to champion underrepresented voices in the music industry. For this year’s program, they’ve hand-selected three multifaceted, international female powerhouses – Bambii, Denise De’ion, and PERFXN – whose Caribbean-inspired sounds and production styles have the potential to mold the future of the music industry. Shining a light on the shocking statistic that only 2% of music producers are female, this year’s Music Liberates Music program presents a new model of music fandom and artistic investment – one where fans and up-and-coming producers can share in the success of the music they love.

With an expert ear for untapped talent, passion, and potential, Boi-1da helped select the talent for this year’s program: Bambii (Kirsten Azan) hails from Canada and is one of the country’s most compelling Caribbean-inspired DJs and emerging producers. Similarly, Toronto-native Denise Thomas – professionally known as Denise De’ion – has been writing her own music and singing for more than two decades. Her dynamic sound is a blend of R&B, hip hop, and Caribbean influences, which is a reflection of her vibrant personality and artistic vision. Finally, Aviane Vargas, otherwise known as PERFXN, is a rising producer and fashion designer originally from New York City and the Dominican Republic, now based in Los Angeles, with a love for all things tropical and getting people to do what moves them.

“I believe this talented class of emerging producers are the future of music,” said GRAMMY Award-winning producer Boi-1da. “Over the past few months, I’ve seen them pour their hearts into these new tracks, and as someone who has been through the ups and downs of music making, I’m excited for them to not only grow as artists, but to truly change the game in the music business.” 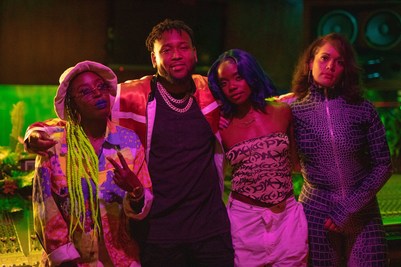 “This is the third year we’re bringing Music Liberates Music back for the fans, but this year is one of the most powerful yet. As a woman in a male-dominated industry myself, I understand how important it is to have allies and advocates that won’t be afraid to speak openly and honestly about the situation and then commit to doing something to make it better,” said Laila Mignoni, Global Head of Brand Marketing Communications for BACARDÍ rum. “Not only is this year’s program spotlighting three incredible rising talents, but it’s also giving fans the power to directly support and champion these artists. We couldn’t be prouder of this program and of the exceptional female talent we’re supporting.”

This summer, BACARDÍ hosted studio sessions with Bambii, Denise De’ion, and PERFXN in Los Angeles, giving them a chance to work collaboratively one-on-one with Boi-1da to finalize three new, high-energy, Caribbean-inspired tracks to be released this October. To truly put the power back into the hands of the artists and their fans, the tracks will be minted into an NFT (non-fungible token) and auctioned off as limited-edition tracks on the newly launched NFT marketplace, STURDY.EXCHANGE. For the first time ever, proceeds will go directly to the artist and “fanvestors” who invest in the producers’ work. Each NFT includes a percentage of the streaming royalties as part of the official Music Liberates Music “Fanvestor Kit,” so the more the song gets streamed, the more the artist and their fans both make. This first-to-market model is particularly important for talent at the start of their career, while also helping to create a deeper connection with fans. 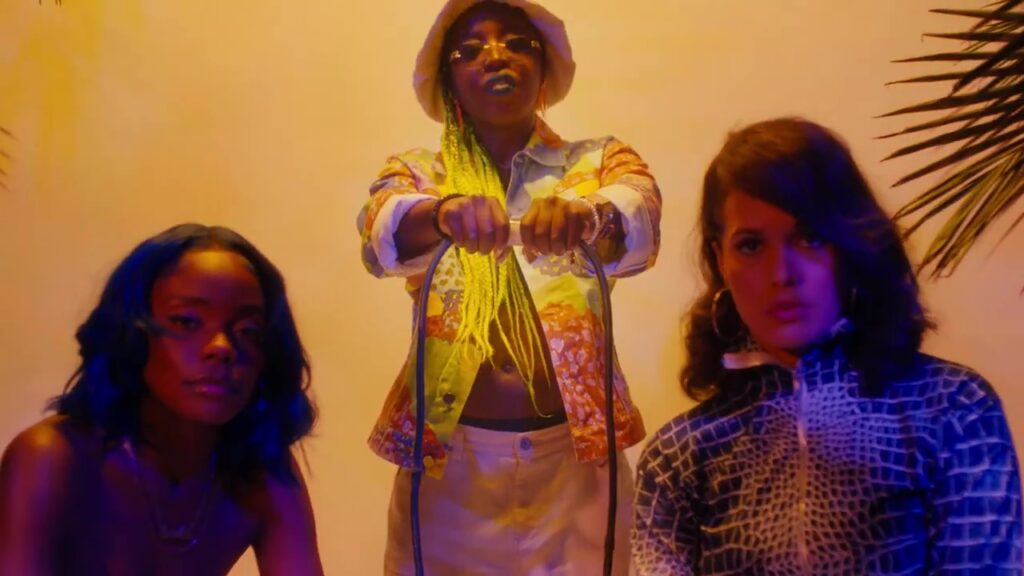 To celebrate the launch of the program, BACARDÍ is debuting three producer profile digital shorts, directed and shot by MARZ and Jordan Wozy, to introduce this class of emerging talent to the world. Additionally, BACARDÍ has enlisted Australian 3D artist and designer, Serwah Attafuah, to create an exclusive piece of moving album cover artwork. An established name within the NFT art community, Attafuah brings her signature tropical-inspired cyber world, afro-futuristic, and female empowerment themes into the final pieces.

The Music Liberates Music NFT Mixtape marks each of the three producers’ first-ever NFT, which will go on sale daily at 8PM ET / 5PM PT starting on October 13th through October 17th, exclusively on STURDY.EXCHANGE for a limited time.