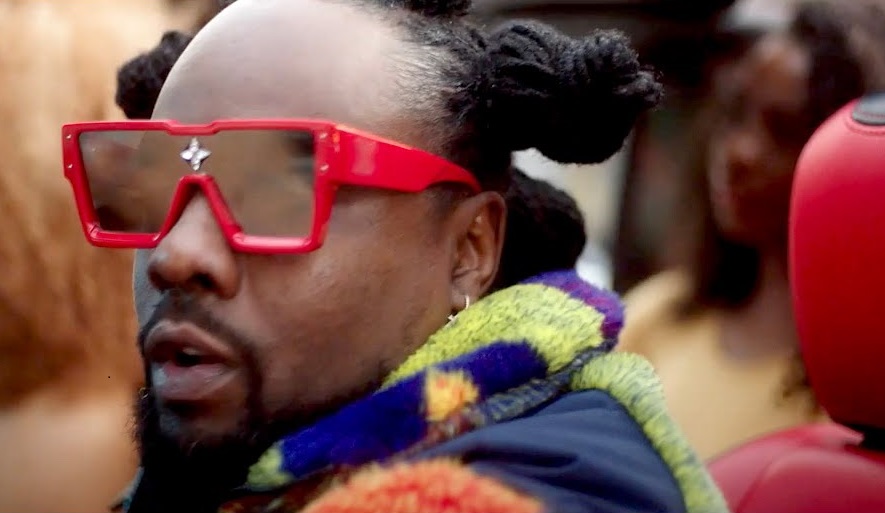 You’d hardly realize J.Cole is two weeks into The Off-Season tour with the torrent of new music coming from “Carolina’s finest”, a clear reminder that Cole is one of the premier rappers in the game.  His vivid, winding masterpiece over Drake’s Pipe Down, on Heavens EP was delivered with shades of early mixtape Cole, almost as if it were a more refined, more mature take on a long forgotten The Warmup joint.  As always, the lyricism is masterful, (“I’m from the ‘Ville where young girls talk grown as hell/That’s raw, never saw one person go to Yale/But every nigga that I know done gone to jail/At least once, provin’ we the ones police hunt/For the pains, we smoke three blunts the size of tree trunks.”) This is the quintessential, old-school lyricism that has defined the illustrious career of the best to ever put pen to page.

Cole also dropped a fire verse on the Joyner Lucas single Your Heart, where each rapper’s verse approached the situation of a breakup from opposing perspectives – Lucas’s verse leaves a listener feeling sympathetic for the man in the breakup, while Cole’s reveals that all along the man was the one at fault, and the heartbreak of his loss is nothing more than karma at play.  It is clear that J.Cole remains at the top of his game, and continues to drop classic after classic even amid the chaos of a national tour.

Enter Wale.  I clearly remember a time (circa 2010 or so) when I thought Wale and J.Cole were the two most promising rappers in the game.  Since that time, Cole has flourished, fully realizing his potential, and while Wale has intermittently released decent music, his career has hardly amounted to what his early promise indicated.  2017 – 2019 was an especially quiet period for the MMG rapper, but he regained some momentum with 2019 album Wow…That’s Crazy, which was largely well received.  With features from Kelly Price, Bryson Tiller, Jeremih, and 6LACK, Wow That’s Crazy functioned almost as a rallying cry: Wale is back, and worth taking seriously again.  Since, Wale’s singles and features have been fire, from Red Lights with RINI, Angels with Chris Brown, and Good Vibes (Za).  The authentic flow, go-go influenced instrumentation, and social-political vision that drew fans to “Folarin” in the past have reappeared, and the results are superb.

Wale and J.Cole are no strangers to collaborating; their discography includes a plethora of cooperative tracks including some real hidden gems – Beautiful Bliss, Black Grammys and My Boy are all must-listens.  But following fallout over J.Cole’s verse in False Prophets, which fans and critics have alleged was directed at Wale, and Wale’s response on Groundhog Day, the public perception has been that the relationship was frayed.  Amid the George Floyd protests, Wale sarcastically tweeted at a fan, referring to J.Cole as a “messiah”.  However, the two have appeared to restore a friendly relationship, and the world of hip hop is absolutely better for it, after last week’s release of both the single, and music video for Poke it Out.

Utilizing a wicked sample from J Dilla and Q-Tip’s 1999 Vivrant Thing, the Cool & Dre instrumental sets a high-octane tempo, and head-bobbing vibes for    the two accomplished rappers to body.  While both rappers are at their best in more lyrically driven settings, this is clearly a song that’s meant to be fun, bawdy, and playful.  Lyrically, Poke it Out is an anthem about admiration for women of all shapes and sizes, and the music video puts this idea on display, as a wide variety of females join the two rappers at “Camp Folarin”.  Cole and Wale trade stimulating verses and Wale ties it all together with a catchy hook, (“Yeah, she got a little butt, so what?/Big bag, she can show enough”).  While Poke it Out is hardly the most lyrically captivating performance from either rapper, it serves its purpose as a club-type anthem, and an exercise in mainstream vibes and flow.  Most importantly, it further signifies the rebirth of Wale, and J.Cole’s Midas touch.