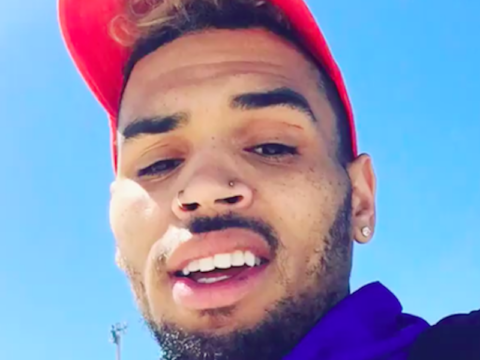 R&B singer Chris Brown‘s thirst for Karrueche Tran is getting very serious after throwing some attention her way on Instagram this week.

A screenshot has surfaced of Chris Breezy commenting on his ex-girlfriend’s Instagram page.

In May, a screenshot emerged of Chris Breezy speaking on his former flame moving past him.

Back in October, Karrueche revealed she no longer kept in touch with Brown.

Karrueche says she’s no longer in contact with Chris Brown, and adds “we’re not friends or anything like that at this point”. … “A lot of people think I am a weak individual because of past situations and when it comes to business sometimes people don’t want to be involved with somebody like that. Which is understandable, but it sucks, because I’m not a weak person.” (BBC)

The post Chris Brown Drops A Bomb On Karrueche Tran appeared first on For The Best In Hip-Hop News – SOHH.com.