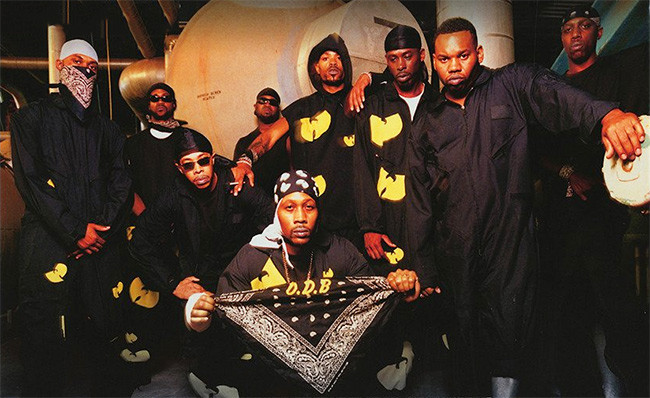 The beauty about music is that it’s eternal. No matter what happens to us, every album we own will outlive us and be re-contextualized.┬áThe W celebrated its 15th anniversary last year and having already made the case that the Wu’s third LP demands your attention based on quality alone, recent social events have made it even more worthy of your time. More than just a dark and foreboding album in the vein of a Kung-Fu movie, it’s also an angry political statement like the best Blaxploitation movies. Revolting against the persecution of black men and women, anger at the criminal justice system, wanting a seat at the political table, and being unapologetically steeped in black culture,┬áThe W is the Wu-Tang Clan’s greatest statement on race relations and police brutality that still resonates today.

Let’s start with the obvious: “I Can’t Go to Sleep” is their most blatant political statement on the album. The Isaac Hayes-assisted joint features Ghost and RZA speaking on violence against their people in neighborhoods that simply can’t afford any more losses. The song doesn’t judge black America but speaks on the ills affecting us and how bad things have gone on for way too long.┬áWhile Ghost takes a more grounded approach as to why he’s stressed, RZA goes a tad deeper.

“I can’t go to sleep, I can’t shut my eyes They shot the father of his moms, killed him seven times They shot Malcolm in the chest front of his little seeds Jesse watched, as they shot King on the balcony They spat at Marcus, Garvey cause he tried to spark us with the knowledge of ourselves, and our forefathers”

At its core, “I Can’t Go to Sleep” is a song about the stress and pain that comes from being oppressed as RZA’s last bars end the song appropriately: “They got me trapped up in a metal gate, just stressed out with hate And just, give me no time to relax, and use my mind to meditate What should I do? Grab a blunt or a brew? Grab a two-two and run out there┬áand put this f***ing violence in you? I can’t go to sleep, I can’t shut ’em son…”

If that song is a more emotional plea and a cry for help, “Let My N****s Live” takes the opposite approach. The righteous anger and indignation is evident as soon as it starts with an almost prophetic clip from the 1977 prison drama, Short Eyes: “Someday, I’m gonna be walking down the streets, minding my own business, and – BAM! – I’m gonna be shot by some pig who’s gonna swear that it was a mistake. I accept that as a part of my destiny…”

Walter Scott. Philando Castile.┬áDeravis Caine Rogers. Three men minding their own business and shot for their troubles but no one even bothered to swear it was a mistake.

Raekwon, Nas, and Inspectah Deck are not just fuming at the system, but at the fact that they and people who look like them have accepted our fates. When Deck says, “In the daytime, the jakes’ll hit ya 41 times”┬áall because of your race or where you rest your head, it’s hard not to be nihilistic and defeated. In fact, Nas starts his first by screaming into a mirror, cursing, and asking God why him, which is a stark change from the guy who once said “God painted me black, thanks for that.”

At this point in their respective careers, Wu and any of the guests on the album had long been removed from poor living conditions of days gone by. The Clan recorded the album in a mansion out in Cali just go get away from their lives in New York City. Yet, they were still able to understand that being a black man in America is a risky proposition.

On “Jah World,” the album’s penultimate cut, Ghost and RZA once again talk about the ways in which black culture and black lives are in danger. Ghost speaks on how burners are thrown in the faces of the “babies”–like Tamir Rice– and we’re subjected to being less than despite being the backbone of the country in more ways than one.

An underlying ferocity even exists on tracks like “Protect Ya Neck (The Jump Off)” and “The Monument.” It doesn’t feel like a group of brothers who are happy even though most would think they should be. They’re at their wits’ end and this is before black people were being slaughtered on social media for all the world to see.

Race is a strong theme throughout The W and it affects every action taken. The reason Ghost, Rae, and Deck are in a bad position on “Hollow Bones” is due to the socioeconomic conditions black people face. “Careful, Click, Click” is all about shootouts in the ghetto, “Chamber Music” finds them getting back in touch with their roots because the time calls for it, and “Conditioner” features a verse from a then-incarcerated ODB, who was sick and tired of being “chased by the government.”

In fact, tracks like “Gravel Pit” and “Do You Really (Thang, Thang)” are outliers, seemingly better fit for a completely different album. But even with that said, both songs feature verses that speak on social conditions that spark the mind of someone willing to raise a fist and chant “Black Lives Matter” at the top of their lungs.

In 1997, RZA said that kids didn’t need to go to summer school because Wu-Tang Forever was all the education they’d need. The W continues that education. While Forever is about black men finding their identity amidst fame and fortune, The W is about what happens when those black men find out that no matter how much green they have, only one color truly matters.