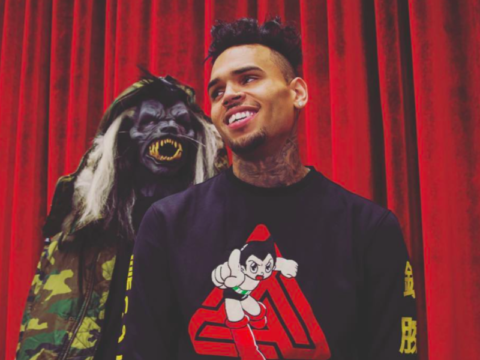 R&B singer Chris Brown isn’t quite off the hook in his publicized gun threat and assault case. New reports claim a full blown investigation is still active in the late August incident.

According to reports, law enforcement is head to toes deep into the alleged crime.

When Chris was arrested August 30, he was due in court for an arraignment this past Tuesday. Not only did the authorities miss that deadline, we’ve confirmed cops haven’t even presented the file to the D.A. But law enforcement sources say … detectives are knee-deep in the investigation, interviewing witnesses and compiling evidence. We’ve learned the arraignment date has been extended 15 days so detectives can complete their investigation and send the case on to prosecutors. (TMZ)

As of late, the Los Angeles crooner has promoted apparel based on his publicized criminal case.

Recently, music producer Scott Storch sent out some words of wisdom to Chris.

Amid hourly updates on his gun threat arrest last month, Brown unleashed his new “What Would You Do” song.