Cam Newton Says It’s Bigger Than Colin Kaepernick: “The Real Problem Is & Will Always Be…” 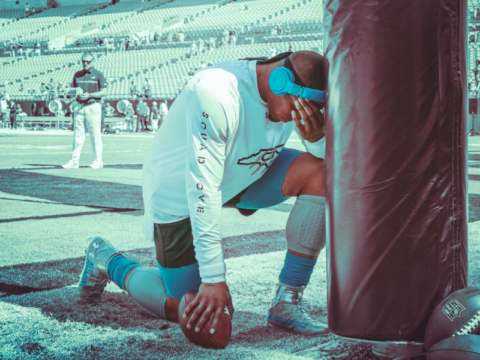 NFL superstar Cam Newton has weighed-in on the Colin Kaepernick fiasco. The Super Bowl 50 quarterback went to social media this week to speak out on police brutality and social awareness.

Cam jumped on Instagram Wednesday (September 21) and explained why it will take more than Kaepernick protesting the national anthem for real change to happen.

there was a pre game speech from our president commemorating those that lost their lives on that tragic day on 9/11. we stood for that.

don't put your hatred in our hearts. I love this country. don't let the love for a symbol overrule the love for your fellow human.

The post Cam Newton Says It’s Bigger Than Colin Kaepernick: “The Real Problem Is & Will Always Be…” appeared first on SOHH.com.

Cam Newton Says It’s Bigger Than Colin Kaepernick: “The Real Problem Is & Will Always Be…” : SOHH