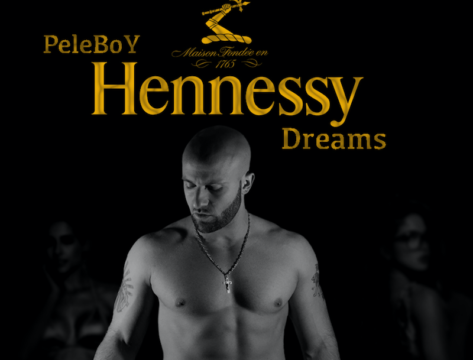 [With his highly-anticipated Hennessy Dreams mixtape on deck, Detroit rapper PeleBoY talks to SOHH about the upcoming project, his must-see “I Know You Want It” music video, the Motown rap scene and more!]

The idea behind “I Know You Want This” really started from a Big Sean and Calvin Harris song. It was a hip-hop song but it kind of had that dance feel to it. I hit up my boy who shoots all of my stuff, Tony K, I told him I wanted to do something similar to that.

Obviously I wanted it to be hip-hop but have some dance to it.

At first I was spitting the chorus but then I got that idea for the chorus to be that Kendrick Lamar line, “I know you want this,” and that sounded dope. We did it and started shooting the video in Detroit.

That’s pretty much the first single off my upcoming project. That’s the new single and I really wanted to put that out there. This is off of my Hennessy Dreams mixtape.

I haven’t released the project yet but I’m getting ready to put out another music video out from it as well. The concept of Hennessy Dreams comes from me loving it. My dad used to drink it when I was younger and that was almost his drink every night and every now and again I would sneak a sip.

It became my drink and I started drinking it.

Everybody knows I drink Hennessy. If you see me on social media, you’ll know that’s my sh*t. I was looking to do a project and I just thought, “Why not make it Hennessy Dreams?”

It relates to what I’m saying on the project. You’re going to either say that’s him saying it or the Henny in him that’s making him talk about it.

The project is more of a mixtape but I do plan on putting most of the tracks out on iTunes for sale and some of them I’ll give out for free. The project itself has a whole bunch of different songs.

I’m putting out music videos for the songs that I really like. The next video I have coming up is called “Uptown” and it’s shot all over Detroit.

You’re going to see a little bit of what Detroit is about. Another track that I love is called “We The Best” which is kind of DJ Khaled-inspired. That’s my favorite track. I’m definitely shooting a music video to that.