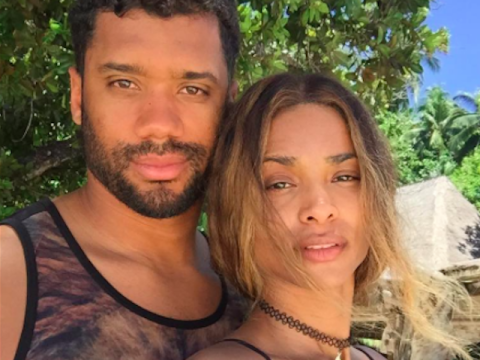 Seattle Seahawks quarterback Russell Wilson is on his daddy duties with Ciara and Future’s son. The NFL champion flexed his dad ways with Future Jr. on social media this week.

Back in July, Wilson and Ciara shared handfuls of pictures from their wedding.

CiCi and Wilson both went to Instagram to initially confirm their upgraded marital statuses.

Hours prior buzz developed about the longtime couple tying the knot.

Russell Wilson and Ciara are officially MARRIED! The two tied the knot at Peckforton Castle in Liverpool, England in front of friends and family. She wore a Roberto Cavalli dress. (TMZ)