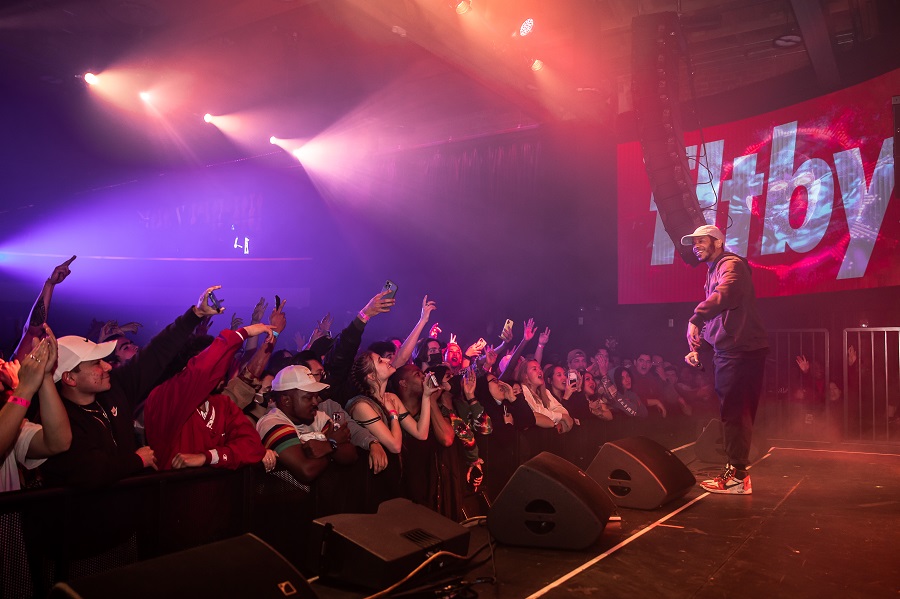 New York City, specifically Brooklyn, is the birthplace of the FLTBYS brand which Kota the Friend established as a junior at Brooklyn High School of Performing Arts.

In its early days, Flight Night was a showcase for some of the best upcoming talent in New York; the original Flight Night showcase was held at Two Steps Down Restaurant in Fort Greene, Brooklyn and featured the late Capital Steez, Phony Ppl, and Dyme a Duzin.  A young Joey Bada$$ was also an attendee of Flight Night shows back then and formed Pro Era right outside a Flight Night event at the Five Spot in Clinton Hill, which is the neighborhood where Kota grew up and frequently talks about in his music.

Today, Flight Night has become a celebration of independence, embracing a mission to shine the spotlight on underrepresented indie artists at each festival stop, punctuated by a performance by Kota the Friend.

Flight Night’s most recent stop was a sold-out February 25th show at The Vermont Hollywood in Los Angeles. Indie performers JUICEB☮️X, Ajna, Hannah Got Raps, Nate Dae and Heaven Shamba took full advantage of their 15-minute spotlights, and Kota the Friend ended the night with an exclamation point.

The festival’s inaugural show in Harrisburg, PA, at the end of 2021, was a career-changing opportunity for native PA artists, Brianna Castro, Neptune the Poet, 10DAYS, Derrick Juwan, drewtyrell and J Radiant.

“Magical to be on that stage and rock out with everyone at Flight Night Festival” said Pittsburgh artist J Radiant. “From all the artists to the crowd, you couldn’t have asked for a better vibe.”

While Chicago (The Metro, 4/29/22) and New York City (Sony Hall, 7/22/22) are top-of-mind with tickets available now, Denver (Cervantes, 9/9/22) and Harrisburg (HMAC 11/11/22) shows are also coming soon. FLTBYS has also hinted at the festival going global this year, with shows in Paris, London, Berlin, and Australia on the horizon. The international community has recognized the power of the event with show requests from South Africa to Switzerland being considered for 2023.