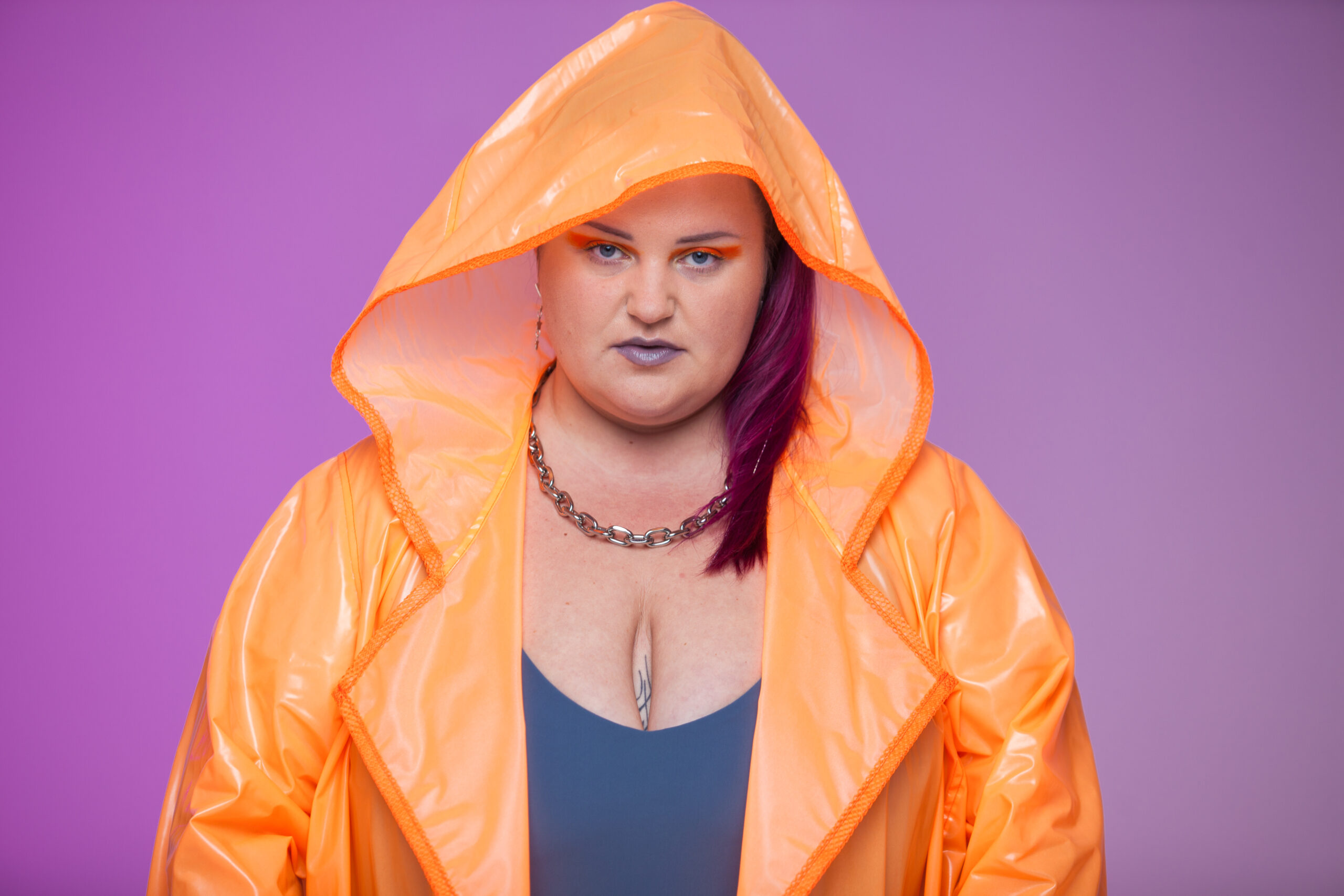 Alyona Alyona is a Ukrainian rap icon. Her meteoric rise to fame took her from kindergarten teacher to cultural icon in less than six months. In 2019 she was awarded the Anchor Award for Best New Artist. In January 2020 she won the Public Choice Award at Music Moves Europe Talent Awards contest.

That same year, Alyona Alyona (Legal name Alyona Olehivna Savranenko) was named to Forbes 30 under 30 list for European celebrities. She is signed to Def Jam Polska. Alyona has been featured in The New York Times, Vogue, The Guardian, and Billboard.  Her YouTube videos have accumulated millions of views.

Alyona is labeled “the sensation of Ukrainian Rap” by the Ukrainian media.  Her breakneck delivery, charming storytelling, and willingness to rap in her native language have made her a beloved star.  She has overcome seemingly insurmountable obstacles to achieve fame.  Alyona Alyona embraces her identity as a Ukrainian speaking rapper, a female star in a genre dominated by men, and a casually dressed, plus-sized talent in a world that sexualizes female performers.  These original factors coupled with Alyona’s indisputable talent have created a captivating persona.

But in the early morning of February 24th, Alyona awoke to explosions in her home of Kyiv.  Russia had launched a full-scale invasion of her country.  And in that moment, Alyona’s fame, accolades and status became secondary.  She assumed her most vital identity: a proud daughter of Ukraine.

“Many artists from different countries called me to run to them and hide there.  But I want to be here, at my home and with my people…if it’s about people’s lives, how can I think about a concert?  I want to do everything so that innocent people do not die!”

Alyona fled Kyiv to be near her family.  Rather than plan her next hit single, or music video, she is finding ways to use her massive platform to combat Russian misinformation, and appeal to the world for help.  Today’s Hip Hop connected with Alyona via email to provide an outlet for Ukraine’s biggest rap star to share her story with the western world. 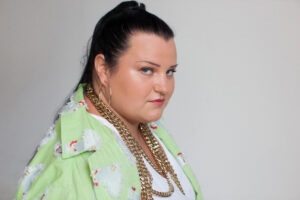 Our first concern is obviously with your safety.  Where are you now, and what are the conditions like?

Thanks.  I am 40 miles from Kyiv now in a small village near my parents.  Here, too, there are battles nearby, and we hear explosions, but the situation is not critical.  There is the Internet, and young guys protect us and do not let enemy equipment get close to us.

Where were you when you first heard about the invasion, and what was your initial reaction?

The day before, I moved into a new apartment.  I spent the whole day putting things on the shelves and went to bed very tired.  At 5:30 in the morning, my friend woke me up with the words, “Alena, do you hear this? The war has begun!”.  I heard explosions and realized that I had to pack the most important things again into my backpack.

We’ve read that you were in Kyiv the first few days of the attack.  What was it like being in the capital at the time of the attack?

You are in a panic and do not understand anything.  I was not taught at school how to behave during the war, what is needed, first of all. Eight years ago, there was a similar situation, but I worked in a kindergarten with children, and my task was to protect them.  Now people have massively gone to ATMs, pharmacies, and grocery stores.  Everyone was hiding inside the subway station.  People with children and animals.  At that time, only the elderly people and people with disabilities needed help.  Now, in just a few days, everything has changed a lot.

What’s day-to-day life like for you right now?  Is there any time for you to be creative?

Now I’m a mouthpiece.  If we are not hiding in a shelter, I talk on social networks about the war, give interviews, help people from different cities, connect people, do charity work.  Half of my team is in the bomb shelter, and half is protecting our territory.  To be honest, I don’t have time for music.  But sometimes, early in the morning, after reading the news, I put the phone down and write poetry.

We understand you had a series of shows upcoming in Germany, and many music related endeavors planned for 2022 – are you thinking at all about your career right now, or are all your thoughts with your country?

Many artists from different countries called me to run to them and hide there.  But I want to be here, at my home and with my people.  Two years ago, the coronavirus also affected my career.  But if it’s about people’s lives, how can I think about a concert?  I want to do everything so that innocent people do not die!

Have you been able to maintain contact with your family and friends?

Yes, we have internet and cellphone connection.  Not always and not 100%.  But we can read the news, call each other, and help through the network.

As an entertainer with a large platform, what responsibility do you feel to your country?

The hip-hop community can be divisive, but also has a great history of coming together to support each other in times of need.  What can artists, fans and the industry do to support Ukraine right now?

People can spread information, participate in actions to support the country, and help the army financially.  Artists can appeal to their Russian audience and urge them to stop the war and not let their men in the war.  Artists can make a big charity concert, sing songs in support of Ukraine.

I never wish anyone to see what we see now.  God bless Ukraine and all peaceful people on the planet!

Stay tuned as Today’s Hip Hop is maintaining contact with Alyona and will continue to share news on the status of  the Ukrainian rap icon.