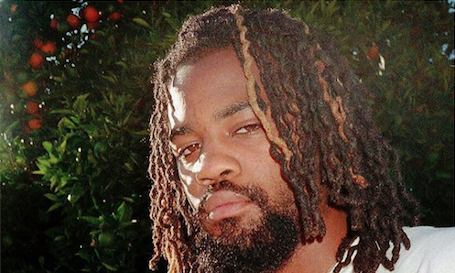 Embracing the concept to connect up-and-coming talent with their community, we will highlight a stacked lineup of opening acts in LA, who will bless the mic prior to Kota taking the stage at The Vermont Hollywood on Friday, February 25th.   One of those performers will be genre-bending, and imaginative artist Nate Dae.

“It’s just a full circle moment for me and I’m happy to help any Black artist any way I can. My last thought is, I love how Kota is doing his thing being an independent artist as well. It’s inspiring to see that you can be a well-known artist without the help of major labels.”

Hailing from Jacksonville, FL and repping Duval County, Nate Dae has certainly found a sound he can call his own.  His ability to create different aesthetics with each song, effortlessly switching mood, tone and tempo is seamless and remarkable.  Much of his discography features beats most rappers wouldn’t even dare to hop on, but Dae attacks each one with distinct personality and style.  The common thread in each track is his delivery and vocal performance; Nate Dae’s vocals provide both warmth and aggression, and a distinctive timbre that breathes life into every instrumental.  It is difficult to associate a certain type of sound to Dae’s music, as each song takes on its own life based on beat selection and the creative ways he approaches them.

Nate Dae’s 2021 album Such Is Life is a microcosm of his varied, artistic excellence.  From the hard hitting, almost $uicideBoy$ type sound of the first track Walkin’ to the bouncy melodies of songs like Benson.  One of the highlights of the project has to be Night Time, which employs the surreal production and composition talents of the infamous Johan Lenox.  One thing is clear listening through Such is Life; regardless of the beat, and the style of song, Nate Dae brings indescribable energy to each track he touches.

2022 has already been an active year for Dae, who recently dropped a new single called Sober Dober featuring a heavy beat, and typical high energy.  The Sober Dober release was accompanied with a fire music video, which you can watch below.  This is a track that begs to be listened to loud, with subs if possible.  Flow, delivery, and the strength of the bars suit the beat perfectly, making Sober Dober an instant anthem.

Dae took some time to reflect on what it means to be an independent rapper in 2022, and some of the biggest obstacles independent rappers face: “I am independent, and I feel like being independent is the wave at the current moment. The only real challenges with being independent is the funding for ideas that might be bigger than an indie artists’ budget. Also, the gatekeeping of Spotify playlists is a huge obstacle. If playlists were way easier to get on, the music industry would not be the same right now.” Inclusion in a global hip-hop festival should give Nate Dae some great new opportunities, as well as turn the heads of significant industry taste makers.

Sometimes life works in mysterious ways.  After meeting Kota a few years back, Nate Dae now will perform with him: “Kota and I met in Las Vegas at Day n Vegas a couple of years ago, and I’ve always loved how he carries himself & his love for his fans/music. It’s just a full circle moment for me and I’m happy to help any Black artist any way I can. My last thought is, I love how Kota is doing his thing being an independent artist as well. It’s inspiring to see that you can be a well-known artist without the help of major labels.” Dae is well on his way to paving his own road to independent success.