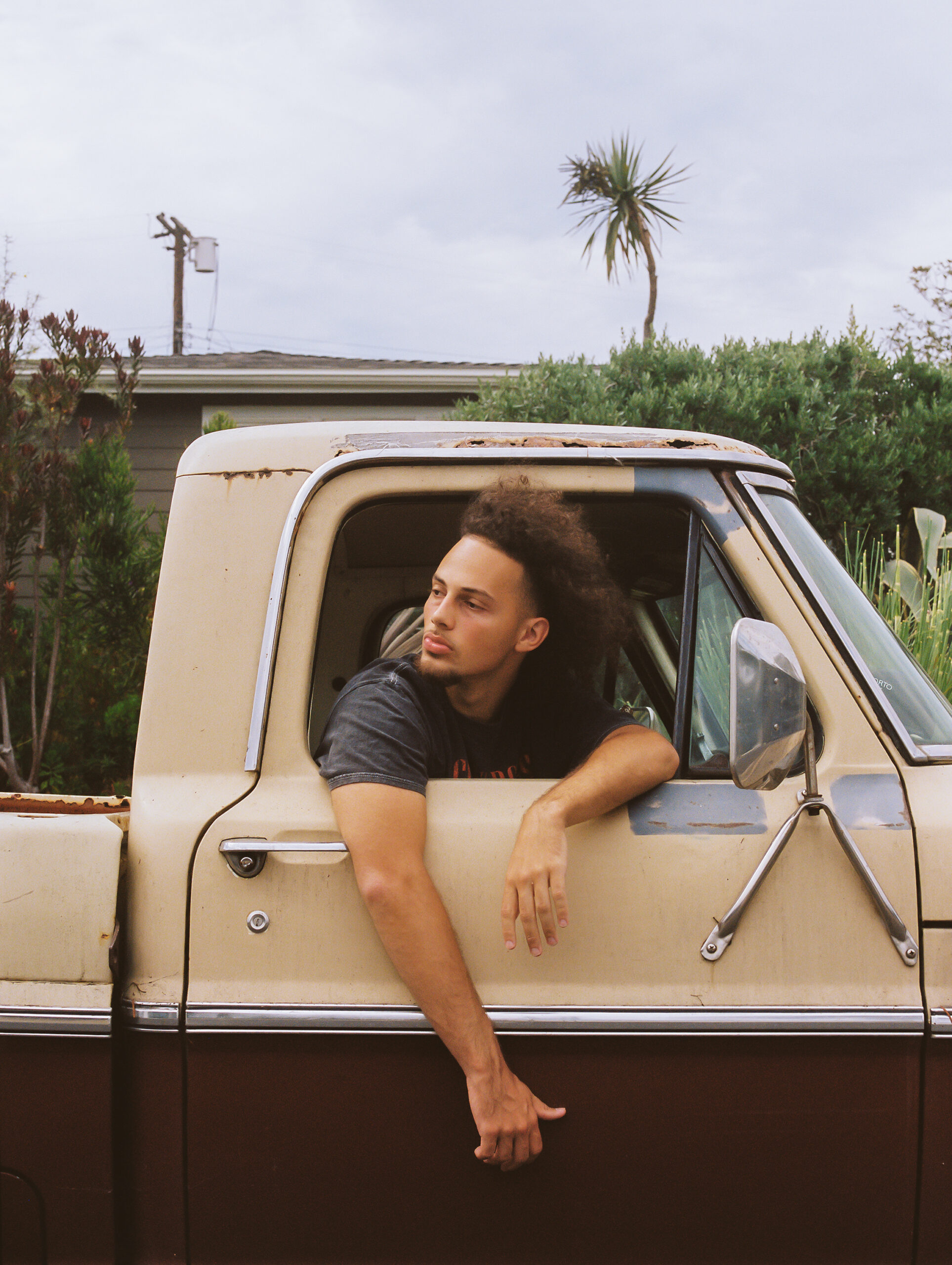 Embracing the concept to connect up-and-coming talent with their community, we will highlight a stacked lineup of opening acts in LA, who will bless the mic prior to Kota taking the stage at The Vermont Hollywood on Friday, February 25th.   One of those performers will be Ajna, an artist defined by intricate wordplay, complex delivery, and wicked flow.

“Being in total control of your career and the music you want to make is what most artists dream of, so it’s fire to be in close proximity to someone who’s already accomplished that.”

Ajna moved to Westside LA when he was two years old, and has lived in various areas of the city, absorbing the culture and identity of each new neighborhood.  His upbringing is apparent when listening to his music; Ajna’s sound is reflective of the rich culture and history of the westside, the grit and hardship of the south, and just a sprinkle of the glitz and glamor of Hollywood.  This multidimensional identity makes his sound widely relatable outside of its aesthetically pleasing qualities.

Any written commentary pertaining to Ajna should begin with his attention to detail with beat selection. Ajna favors soulful, sample heavy samples with lots of space for flow switch-ups, rapid bars, and that truly push his energetic bars to the forefront. Often very jazz-forward, the melodies and drum patterns provide a perfect canvas for Ajna to unleash vocals with high energy and clever writing.

In 2020, Ajna released his debut project, an 8-track album called Stori.  Featuring predictably top-notch production, strong writing, and trademark spirited cadence, Stori is a great front to back listen.  Ajna brings big time replay value to his tracks with intelligent take on hooks – rather than resort to full fledged singing, he utilizes basic melody, catchy couplets, and vocal layering to distinguish chorus from verses, a style somewhat akin to J.Cole.  He truly hits his stride on tracks like Run it Back which uses the hook design just described, and some real technical writing, moving effortlessly from short bar/long bar writing, which creates great dissonance and pacing.  Other album highlights include the first offering Proving and the concluding track Lights Out.

More recently, Ajna has already dropped an impeccable new single in 2022 titled Protect Me. Backed by a driving piano lick, and classic boom bap drums, Protect Me might be his best offering to date, as it is an obvious ode to superb songwriting abilities: (“I don’t have time to overthink on my tracks no more/a lot of people been close to the wrong path before/it’s part of the reason I really started rapping for.”) The depth of lyricism, vivid imagery, dope flow, and exotic beat all make Protect Me a must listen.

Ajna is an independent artist and had an interesting take on some of the struggles that indie artists face in a game dominated by labels and signed artists: “The biggest challenge for me has been forcing myself to promote myself and put myself out there. Outside of saving up money, the hardest part for me is believing in the music enough to post a release and to follow through with everything we had planned before. When you’re independent no one is really forcing you to do anything, so it’s easy to get in your head/insecure about releases and not give them a fair shot marketing wise.” While self-belief is an important part of art, it can be challenging to make an investment in music when there is no guarantee that it will be heard.  Hopefully, the inclusion at Flight Night will be a ringing endorsement to the quality of Ajna’s music, both to fans and himself.

We imagine that those thoughts will run through Ajna’s head as he takes the stage before Kota the Friend – what a validating experience that would be for any artist trying to make a name. Ajna offered his thoughts on the opportunity to open at Flight Night: “It means everything. What Kota has been able to accomplish as an independent artist is really inspiring, so it feels super special to be a part of that in any sense. Being in total control of your career and the music you want to make is what most artists dream of, so it’s fire to be in close proximity to someone who’s already accomplished that.” Who knows what great opportunities will open to Ajna after making the most of a sold out, hip-hop loving crowd at The Vermont Hollywood?