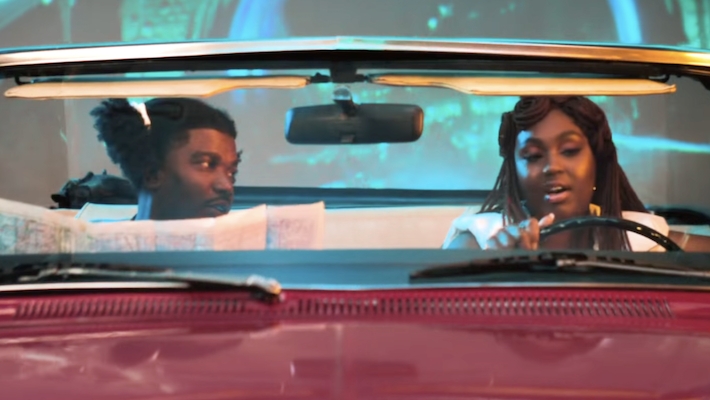 Smino’s flurry of features continued last week with a cameo appearance on East London artist Tiana Major9’s 2 Seater. The track appears to be a single aimed at promoting Major9’s upcoming EP Fool Me Once.

2 Seater is built around a vintage, late 90s R&B sounding instrumental, which is thoroughly explored by Tiana Major9’s crystal vocals.  Her range, energy and soul are well presented throughout the first verse.  Smino’s verse showcases a side we’ve never seen; even more sultry and smooth than usual. While his verse begins slowly, he really finds his cadence, as if feeling the beat out.  However, his vocals and tone are one of a kind.

Smino is instantly identifiable, and it is so easy to attach oneself to his voice.  Three quarters of the way through the track, there is a beat change, and Tiana shifts from singer to rapper, with very strong cadence and flow.  We would have loved to hear Smino re-enter the fray at that point.

The pair also released a music video to accompany the track, which unsurprisingly centers around the two musicians in a two-seat whip.

Major9 is signed to Universal’s Motown Records.  She achieved critical acclaim in 2019 through her Grammy nominated single, Collide which appeared on the Queen & Slim soundtrack.  The influences of soul, R&B, and jazz shine through Major’s music, and she is a talent worth looking into.  A great starting point is 2020 EP At Sixes And Sevens.

Smino, who recently joined the Motown roster, has been featured on several huge releases of late.  From Saba’s transcendent Few Good Things to Isaiah Rashad’s The House is Burning, it seems like all the new classics are incomplete without a verse from the St. Louis wordsmith.  Smino has publicly announced plans for a 2022 album titled, Love For Rent.