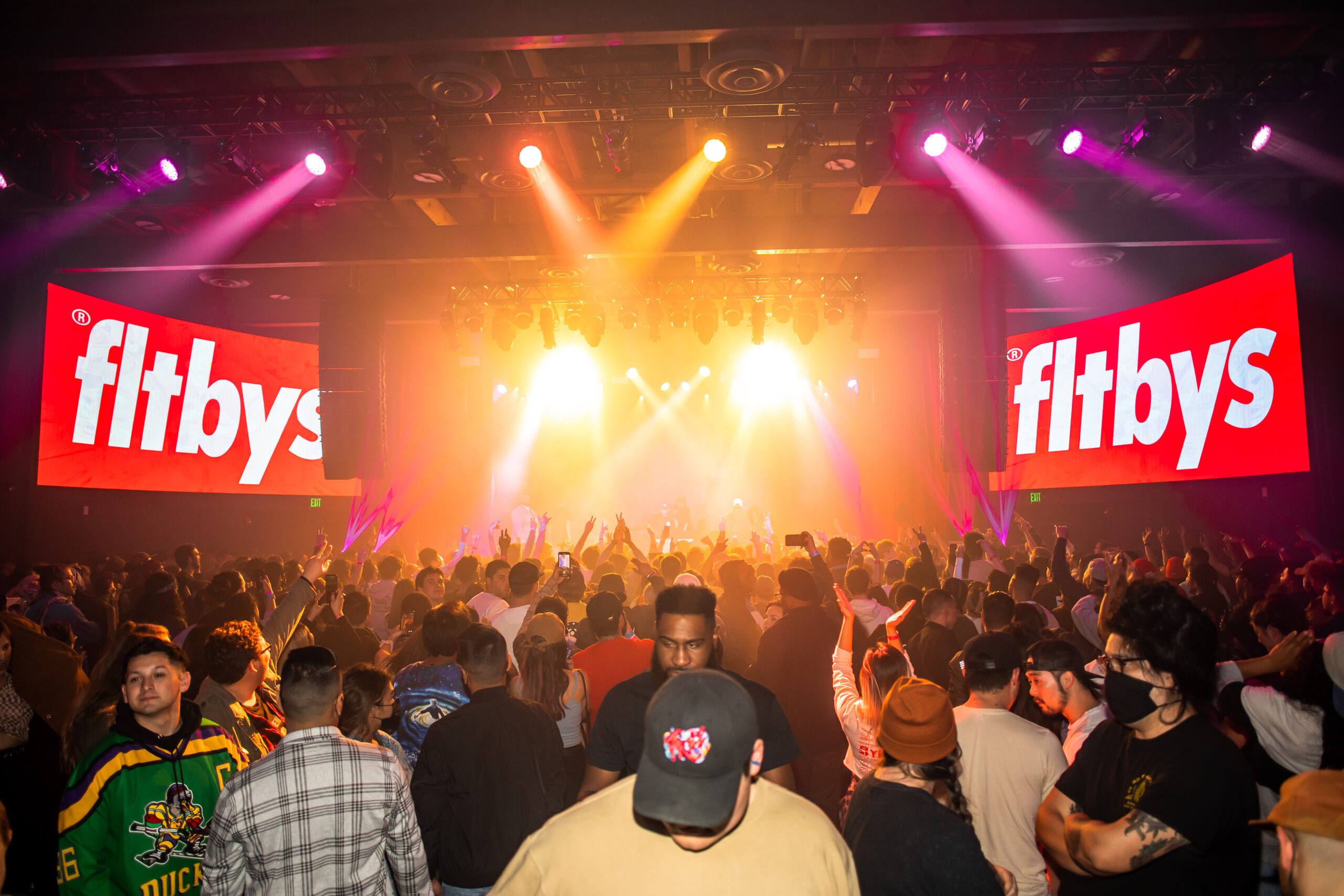 The Los Angels stop of fltbys Flight Night music festival was an overwhelming success, delivering on its mission to provide a platform for independent artists to shine.  Six local artists, (five of whom do not have record deals), had the opportunity to take the stage in front of a sold-out crowd of 1200 at The Vermont Hollywood.  The festival culminated with a magnificent performance from the event’s architect, Kota the Friend.

This was not the type of night where the crowd slowly trickled in.  The show opened around 8 pm local time with Zimbabwe-born rapper/singer Heaven Shamba, who was greeted by a packed crowd and delivered with high energy and precision. His 15-minute set was full of warmth, vitality, and the rich elements of diverse musical influences.  In an Instagram post sharing a video of fans rocking out with him, Shamba summed up his Flight Night experience: “S/o everyone who showed love last night. Childhood visions type stuff man.. we gonna keep the vibes rolling forever. #P4E 🦋.”

Following Heaven Shamba was JUICEB☮️X, who fully displayed his genre-bending skill set, and abilities as a multi-instrumentalist.  Juice’s set moved seamlessly from tracks crafted with indie rock roots, to profound old school hip-hop vibes in the blink of an eye.  One of the surprising highlights of the evening had to be when he pulled out a trumpet, maybe even paying homage to Kota the Friend’s jazz roots.  JUICEB☮️X’s composure, and pure musical abilities were a sight to behold, and the moment was certainly not too big for him.

Upbeat, bass-forward, and fun, Nate Dae capitalized on his opportunity to perform in front of so many people by giving them no choice but to bob their head and move their body.  Dae’s force on stage, his movement, and his comfortability getting a packed crowd hype really shone through throughout his performance.  15 minutes is sometimes all it takes to make a lasting impression, and Nate Dae most certainly made the most of it.

Los Angeles born and bred, Friday night must have been surreal for Ajna, performing in front of so many friends and family.  Ajna came correct, with dope flow, incredible energy, and a lyrical approach that really spoke to a crowd who react to strong songwriting. Ajna’s calculated, well executed performance showed many elements of a future star in the making.

Hannah Got Raps took the stage with incredible stage presence.  A veteran of performing on big stages, with top acts Hannah maximized on her experience. With lots of movement, focus on each part of the audience, and a great ability to connect with each attending fan, Hannah’s powerful message, and unique sound made an impression on every person in attendance.  Hannah’s comments on the event make it clear that the love was reciprocated; “It was insane!  Definitely amazing, super grateful for the experience and the dope crowd.”

Fortunately, Price was well equipped to overcome the misfortune of being last up as an anxious crowd chanted, “Kota, Kota, Kota!” with growing anticipation.  That said, the Inland Empire singer and songwriter quickly won the crowd over with intricate rhymes, great charisma, and breakneck flows.  Another rapper with quite a bit of experience on a grand stage, Price fed off the crowd’s energy, building them to a point hysteria for the final act, Kota the Friend. 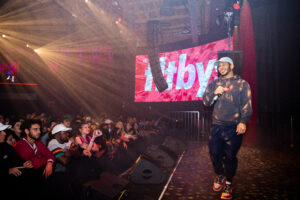 Kota opened with a timeless classic, Church from 2019 breakout album FOTO.  Never have the lyrics, “1500 fans like we in church” ever rang quite so true.  His performance was a wonderful composition of old hits and new music from most recent offering Lyrics to Go Vol. 3.  An especially poignant moment in his performance was rendition of the heartfelt Dear Fear.  After such a beautiful evening of Los Angeles best artists, Kota the Friend tied a bow around the evening, while making it clear that this night was not just about him, but about every artist who touched the mic.

Kota’s magical evening concluded with fans calling for “One more song”, and Kota obliged, inviting several on stage to join him.