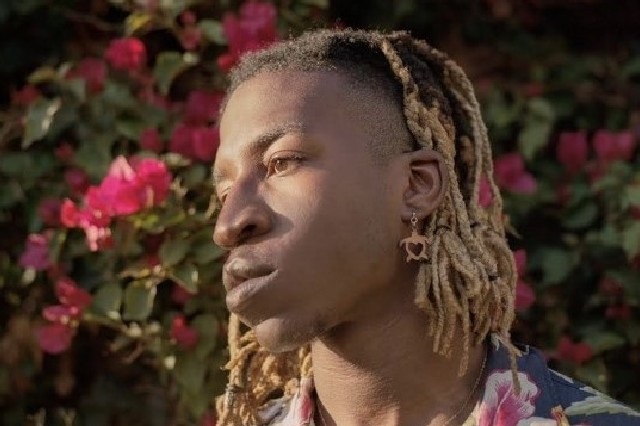 Embracing the concept to connect up-and-coming talent with their community, we will highlight a stacked lineup of opening acts in LA, who will bless the mic prior to Kota taking the stage at The Vermont Hollywood on Friday, February 25th.   Joining Kota and friends will be melodic and inventive recording artist Heaven Shamba.

“The power of the mind is not a joke, everything that you imagine has the possibility to become reality. Don’t allow anyone to tell you different. Believe in yourself.”

Born in Harare, Zimbabwe Heaven Shamba spent his formative years in Dallas, Texas.  The culture and sounds of both vastly different environments directly influence his music.  In addition to location, Heaven’s early musical influences directly impact his sound.  Heaven saw Michael Jackson perform on TV at the age of five, and knew from that day on, he wanted to be a musician.  He also mentions Frank Ocean, Tyler the Creator and Kid Cudi as notable influences.

Heaven’s true musical exploits began in 2016 under the moniker “Nevaeh”, where he began creating trap music, with friends, still in Dallas.  In 2019, he moved to Los Angeles where he began to experiment with different sounds, and under a knew name, “Heavanaboveall”.  Soon after, Heaven finally decided on his given name, Heaven Shamba, which was symbolic of a coming to self – he had experimented with different identities and musical styles for years; Shamba embraced the sounds that were etched upon his heart.

Heaven’s music is varied and eclectic, yet incredibly cohesive.  He does his best work over melodic instrumentals, that encourage movement, but also leave plenty of space for vibrant vocals.  Opening for Kota must mean all the more to Heaven, as one of his most popular tracks, Link Up uses a very similar instrumental to Kota the Friend’s hit song Pomegranate.  Link Up is a great showcase of Heaven Shamba’s vocal variety, catchy song writing, and ability to weave layering with dubs and adlibs into each track.

Heaven’s already been quite active in 2022, dropping a new single with a great feature from New Jersey soul singer Margzetta titled Let Me Know.  Backed by an upbeat instrumental brimming with piano melody, and drums that truly slap, Let Me Know feels like a coming out party for Heaven Shamba.  You can hear his trust in his vocals growing, and he really unleashes the full force of superb vocal talents on the track.  “Let me Know” is performed with passionate melodies and great power, creating overwhelming emotion, and haunting sound of passion that undoubtedly will stick with fans.

Outside of the actual music, Heaven also has a brand called Perennial Forever, which represents exponential energy and growth – a concept that is cyclical and everlasting. Heaven’s goal with both his brand and his music is to continue spreading love and good energy, and to always inspire people to chase their dreams.

Heaven shared inspiring words for his fans, and anyone who is chasing their dreams, which could easily be applied to his opportunity at LA Flight Night: “The power of the mind is not a joke, everything that you imagine has the possibility to become reality. Don’t allow anyone to tell you different. Believe in yourself.” Shamba faces a new, great opportunity this Friday, that he made happen thanks to the power of his mind and dreams.

Stay tuned as we will be highlighting each local act on the roster for flybys Flight Night in LA.  Tickets are sold out as of 2/22/22.