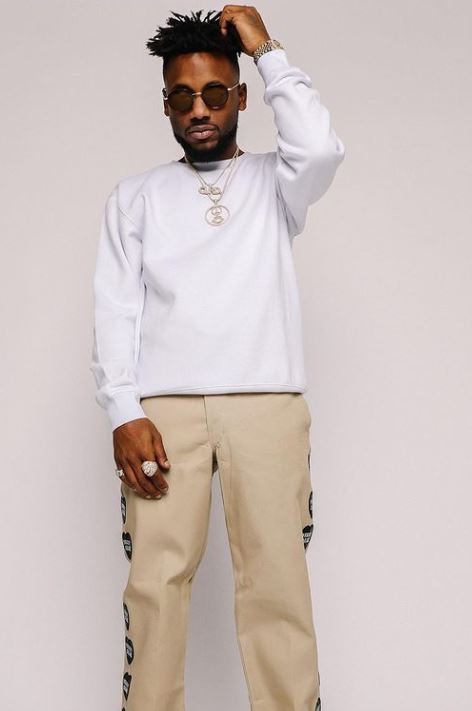 Embracing the concept to connect up-and-coming talent with their community, we will highlight a stacked lineup of opening acts in LA, who will bless the mic prior to Kota taking the stage at The Vermont Hollywood on Friday, February 25th.   One of those performers will be lyrical genius and “rapreneur” Price.

“I’m honored to be a part of Kota’s festival…. seeing my guy build from the ground up like he continues to do is inspiring for all artist…signed or indie. he’s a 1 of 1 and so it’s going to be a moment for myself and my fans that can make it out.”

Raised a stone’s throw from downtown Los Angeles in Inland Empire, Price overcame a tumultuous childhood to become one of hip-hop’s true creative masterminds.  Quoted in a 2020 interview with Flaunt.com, Price elaborated on his childhood: “I’m from the IE, about 40 minutes from LA. I come from a household where my dad was a Crip and went to jail when I was 5 years old. I didn’t see him again until I was 17. Raised by a single mom, a sad typical story born in the 80’s to 90’s era.” With hard work, and immense musical talent, Price has certainly flipped that sad script into an awe-inspiring success story.

An introduction to Price (the recording artist) would be incomplete without first stepping back to take alook at the industry work that he has done as a songwriter.  Price has written, produced, programmed or consulted on tracks with artists including Travis Scott, Brandy, Mariah Carey, Kanye West, Lil’ Wayne, T.I., Rick Ross, etc.  The list goes on. If you don’t recognize any of the names on that list, you might as well not be reading a blog about hip hop and culture.

While for years, Price has worked behind the scenes orchestrating music for rap’s biggest names, his career as a solo recording artist is hitting its full stride.  While Price is currently signed (clrdent/motownrecords), he took the time to remember the struggle of functioning as an independent artist; “(now) I’m not independent but have been and faced many trials from funding to resources but the fans always made a way” Price is a testament to the hard work, and big dreams it takes to sustain a career in the entertainment industry.

In 2021, Price dropped his landmark sophomore album, titled F.O.E.S; a project with great depth, vivid storytelling, and a variety of notable features.  Most impressively, F.O.E.S is honest, real and a superb narrative of Price’s personal experiences growing up in IE on Evans Street, and the reality of the challenges he, his mother, and his siblings had to deal with.  From the frustrations of social injustices, dealing with racist neighbors, to visualizing and actualizing his long-term career goals, F.O.E.S utilizes a dizzying array of different sounds to match the range of stories that Price is trying to tell.  The album features some incredible talent, including Vince Staples, Bas, and Wyclef Jean.  With Price’s background in songwriting in mind, it is no surprise that storytelling, imagery, and wordplay are at such an elevated level.

Price and Kota the friend have a preexisting relationship that proceeds the shared stage at Flight Night.  Kota featured on Price’s Maya, from 2020 Album CLRD.  “I’m honored to be a part of Kota’s festival…. seeing my guy build from the ground up like he continues to do is inspiring for all artist…signed or indie. he’s a 1 of 1 and so it’s going to be a moment for myself and my fans that can make it out.” Seeing Kota and Price reunite on the stage in a place so close to home for Price should be special to see.