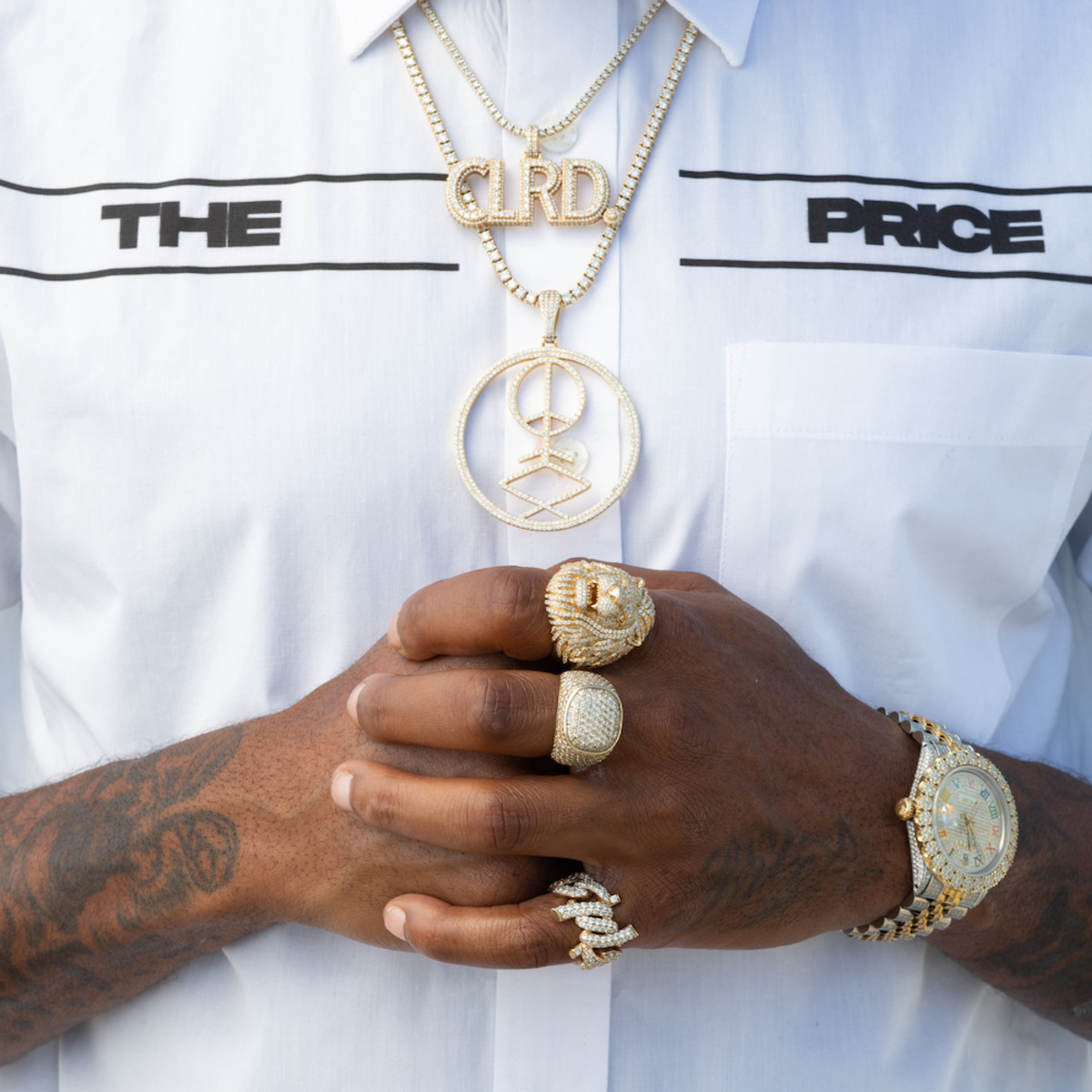 Motown Records/CLRD Ent’s recording artist Price released his solo major label debut titled The Price EP.  The new seven-track project features an array of notable producers and artists.  However, these big names should not take away from Price’s masterful songwriting and delivery.

The Price EP is a beautifully produced, cohesive, and elegant project.  The instrumentation of producers such as Rance 1500, DJ Camper and HazeBanga mesh with simplicity.  The overarching sound is upbeat, bright, and optimistic, but there are brilliant layers to Price’s songwriting, both light and dark.

Take, for instance, the formidable lyricism of a track like Problems, produced by DJ Camper and featuring Wale where Price spits, [“I’m dealing with anxiety/no privacy my taxes due, got problems in variety/feelin’ like the white man want me broke in this society/most chase the c-notes or chase notoriety.”]  The depth of this lyricism, coupled with presentation through ferocious multi rhyme-schemes are the reason the ceiling is so high for Price.

Price released both the single and video for Without You with Atlanta-based R&B singer ELHAE at the beginning of March.  Featuring a flipped sample from Ja Rule’s Put It On Me, ELHAE and Price trade bars with ease.  A soulful hook ties together the track.  The visuals pay homage to Poetic Justice the classic film starring Janet Jackson and 2pac.

The Price EP is narrated by Wyclef Jean, and the first track, SQUABBLE features the Fugees icon.  Other notable features include Big K.R.I.T on the hard, head nodding track Curtis.

The Path to the Price EP

Price spent many years as a powerful pen behind some of the industries biggest names as a songwriter.  His writing/production credits include T.I., Rick Ross, Lil Wayne, Kanye West, Mariah Carey, and Brandy.  It’s been clear that Price’s motivations lately have been as a solo artist, and his independent projects CLRD and F.O.E.S signified to the game that he is a force on the mic.  Features with Kota the Friend, Bas, and Wyclef Jean have acted as a cosign, and Price seems to be taking full advantage of this momentum as an emcee.

The Price EP comes a month after Price joined Kota the Friend and others at the Los Angeles stop of fltbys Flight Night music festival.  LA show alumni are making big noise, and Price’s new project puts him right on top of that list.