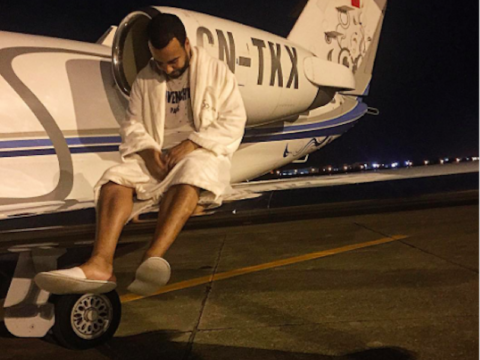 Bad Boy’s French Montana is not issuing an apology to law enforcement anytime soon. The New York rapper has come forward to speak out on bashing the cops on social media.

According to Montana, he believes cops intentionally targeted him this week after an uncomfortable run-in.

French says his guy was sober and when all his paperwork checked out, they peace’d out. But he thinks cops were hoping to find something more incriminating. French believes he and his friends were targeted as they left Aces because they’re black and famous. He says he only yelled “Black lives matter” to remind the cops it’s “pathetic” to stop him for nothing. (TMZ)

Yesterday (September 28), Montana tossed up the footage onto his Instagram page.

Outside of the run-in, Montana recently talked about the status of jailed rap pal Max B.