Jeezy Explains His Trap Return: “I Do This Sh*t Better Than Anybody” [Video] 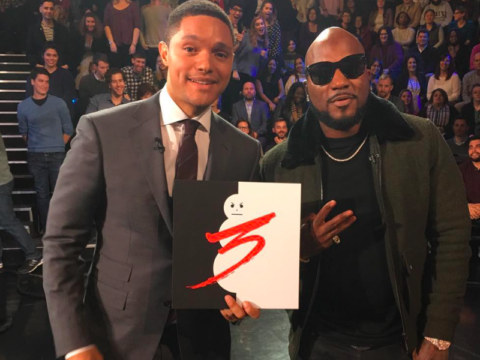 Atlanta rapper Jeezy is still running the rap game. The hip-hop veteran has come forward to explain the need to restart his Trap Or Die franchise.

In a new interview, the Snowman said he felt the rap game needed his recently released Trap Or Die 3 album.

“But coming on Trap or Die 3, you know I’m listening, watching the game, listening to how everything goes, and it kind of dawned on me that a lot of these cats are trying to be somebody I was when I came in the game — 10 years ago. And even then, the reason why I went so hard is because I felt like it was being represented in a way that it could’ve been represented a little bit better. So Trap or Die 3 is basically taking the big homie stance and saying, you know, when it comes to this, I’m iconic. I do this sh*t better than anybody ‘cause this is what the f*ck I do. For me, [it was a] real thought process of going in and making something that could and should be an album, but in the rawest mixtape form possible. So, you know, no cut, no outside direction, no outside production, just all Jeezy sh*t. And that’s what we did.” (HNHH)

Based on weekend estimates, Jeezy’s new album is expected to land on this week’s sales chart.

Recently, the Snowman talked about wanting to possibly do a joint album with rap mogul Jay Z.

“We talked about it after we went on tour. We had a couple of words about doing a project like that. At the time, he got busy and I got busy but there was definitely a conversation had about us doing some type of project whether it was an EP, a street album, or whatever. We would have to go in because it is me and him, so we would have to really go in and find a happy medium as far as the sound. But I definitely don’t think it’s impossible.” (Rap-Up)

Last week, Jeezy announced he had a new album called Snow Season in the works.

The post Jeezy Explains His Trap Return: “I Do This Sh*t Better Than Anybody” [Video] appeared first on SOHH.com.

Jeezy Explains His Trap Return: “I Do This Sh*t Better Than Anybody” [Video] : SOHH