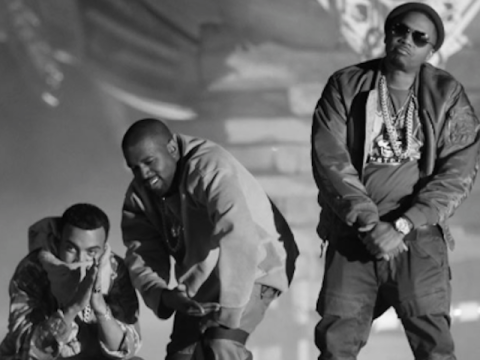 [With the new “The Infiltrator” flick arriving in theaters Friday (July 15) centered on the take down of an iconic drug kingpin, SOHH’s taking a look at the Top 7 influences Pablo has had on hip-hop courtesy of Team ALLIED.]

Pusha T aka King Push has great admiration for the cynical and greatly feared drug lord Pablo Escobar. He drops lyrics like ÔÇ£my barcode is Netflix ÔÇ£NarcosÔÇØ, part on the side of my ‘fro like IÔÇÖm Pablo, no hablo, I sell b**w.ÔÇØ

Nickname given to him when he was the first non Wu Tang member to be featured on one of their songs.

Rich Homie Quan shows his love for the infamous Pablo Escobar with a tattoo of Escobar on his right arm. You can call him cray, but Quan looks up to EscobarÔÇÖs money and power, and according to Quan you can choose to respect it not!

If you love trap music odds are you love Gucci Mane a.k.a raps trap lord. Gucci dedicates an entire song to Pablo Escobar in a solidarity salute with lines like ÔÇ£I’m Pablo, diamonds on my neck like Pablo, and the feds on my ass like Pablo.ÔÇØ The trap lord salutes Escobar the druglord.

Everyone knows Kanye for his creative and eclectic sense of music and style. So it comes as no surprise that Ye dedicated an entire album to ÔÇ£The Life of Pablo.ÔÇØ To Kanye PabloÔÇÖs work created a mix of success message, product and art. Go figure Ye moving that work (in music and fashion of course), just like Pablo.

Soulja Boy hopped on the Pablo Escobar train as he dropped his song titled ÔÇ£Pablo EscobarÔÇØ where he talks about his wanting to be Pablo ÔÇ£When you getting all this money, These ni***s they look at you funnyÔÇª all I wanna be is Pablo.ÔÇØ

Based on a true story, Federal agent ROBERT “BOB” MAZUR (Bryan Cranston) goes deep undercover to infiltrate Pablo EscobarÔÇÖs drug trafficking scene plaguing the nation in 1986 by posing as slick, money-laundering businessman Bob Musella. Teamed with impulsive and streetwise fellow agent EMIR ABREU (John Leguizamo) and rookie agent posing as his fianc├® KATHY ERTZ (Diane Kruger), Mazur befriends EscobarÔÇÖs top lieutenant ROBERTO ALCAINO (Benjamin Bratt). Navigating a vicious criminal network in which the slightest slip-up could cost him his life, Mazur risks it all building a case that leads to indictments of 85 drug lords and the corrupt bankers who cleaned their dirty money, along with the collapse of the Bank of Credit and Commerce International, one of the largest money-laundering banks in the world.

The post Kanye West To Nas Escobar: Pablo Escobar’s Top 7 Influences On Rap appeared first on For The Best In Hip-Hop News – SOHH.com.