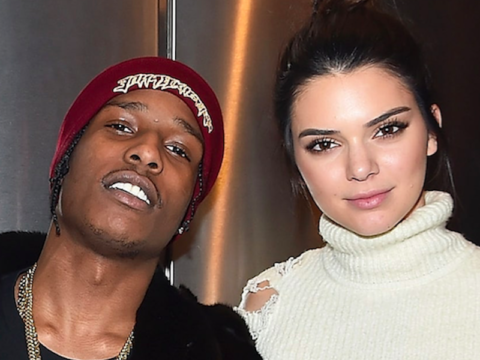 According to reports, 20-year-old Jenner and Rocky have a legit romance brewing.

“It’s a fling,” a source close to the Est├®e Lauder spokeswoman confirms exclusively in the latest issue of Us Weekly, adding, “It’s not serious.” The duo first sparked dating rumors last month when they spent time together in the City of Love. On July 13, Jenner and the “Electric Body” rapper rendezvoused again at the Mr. C Beverly Hills hotel. (Us Weekly)

In mid-November 2015, the overnight dating rumor stemmed from paparazzi catching Kylie and Rocky together in California.

Kylie Jenner was flying solo Friday night — no Tyga in sight — but she may not have left solo. The freshly-single 18-year-old partied at Hyde on the Sunset Strip in WeHo until 2 AM. Apparently Justin Bieber was inside and so was A$AP Rocky. You can see from our video, Kylie and A$AP leave in the same SUV. (TMZ)

The post Kendall Jenner Gets Dating Rumors Going A$AP Over Rocky: “It’s A Fling” appeared first on For The Best In Hip-Hop News – SOHH.com.