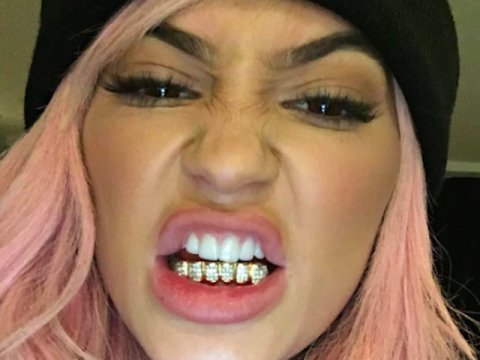 Reality TV star Kylie Jenner looks like she may be pulling for Team Kim Kardashian in her sister’s publicized feud with country singer Taylor Swift.

It all comes from a post on the Kylie Cosmetics Instagram and appearing just hours after the debacle it was a simple shot of a load of Lip Kits captioned ‘#Exposed’. Clearly loving any drama, a LOT of fans started to assume this was a reference to the spat between Tay and her big sis, although to be fair it could quite easily just be a nice snap of her liquid lipsticks posted unwittingly at an awkward moment. (MTV UK)

The post Kylie Jenner Throws Shade At Taylor Swift? “Exposed” appeared first on For The Best In Hip-Hop News – SOHH.com.