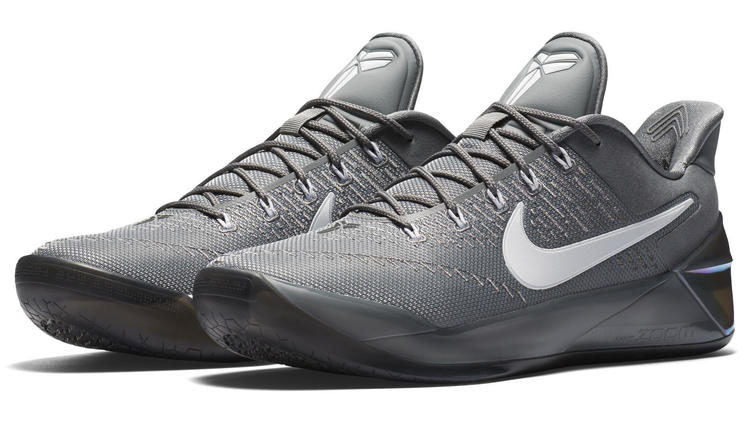 Today [November 2nd] is the Mexican holiday Day of the Dead and last night ex-Laker Kobe Bryant celebrated in true Los Angeles fashion. Traditionally Day of the Dead or Dia de los Muertos is a holiday for families to celebrate and memorialize the lives of past friends and relatives. Usually, families gather at graveyards or in the house and put together a lavish feast of the deceased favorite foods and, on occasion, have a band play the deceased favorite songs. This holiday is one of respect and honor for the lost and departed.

As a part of this year’s festivities, Kobe Bryant and Nike came together at the MAMA gallery in Los Angeles to bid farewell to the career of the Laker-for-life as well as announce the release of the first Kobe Bryant post retirement shoe, the Kobe AD. In a spectacle of flickering candles, marigold, and ominously dim lighting, the spacious brick-walled gallery was transformed in to shrine of Laker memorabilia immortalizing his 20-year career. The gallery was riddled with Kobe-inspired art with the centerpiece being a wall with five blacked-out basketball hoops (representing his five championship titles) that read,

“Let us gather around and bid our farewells to the beautiful game of the Black Mamba. Gone are the days of a legendary fade away as he fades away back to blackness”

in gold paint. Other piece include work from renowned LA tattoo artist Mr. Cartoon and a piece from Paul Martinez reading: “Five Rings, the past and future of LA is bright. 1996-2016″stylized after the front window of the average tarot card reading fortune teller store front.

The viewing also served as a press conference with Access Hollywood where for seven minutes Bryant talked about life after basketball and how he is coping life beyond the hardwood. He told interviewer Liz Hernandez that the concept of this event “came to [him] years ago”. He continued,

“With the end of my career almost feeling like a death because I’d been playing basketball so long, and it was my life for a while. To walk away from that death experience and ask: ‘Can we move on from that? What comes after that? How do you progress from that?’ And that’s when the idea kind of hit me. [I] need transition; the basketball is now done, retired. So now we have to move on to the next phase”.

This transition Kobe spoke of begins with the re-imagining of his signature Nike shoe. The Nike Kobe A.D. (standing for ‘after death’ alluding to Kobe’s retirement) is a low profile , on court shoe that features Nikes innovative Lunarlon technology as well as Zoom Air cushioning and a rubber outsole with micro-tread traction. The upper is composed of the porous breathable Dynamic Flywire technology  allowing the shoe to be lightweight and comfortable. The shoe sports a more relaxed silhouette, possibly inspired by Kobe no longer actually dawning the sneaker on court.

The shoe is set to release worldwide on November 22nd on Nike.com with a retail price of $160. The shoes displayed at the unveiling were gray but it can be assumed that more colorways will be available, including the traditional signature Laker gold and purple.