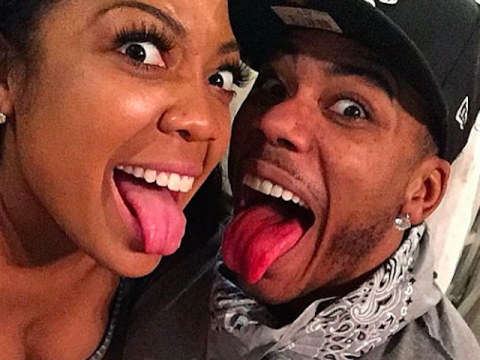 According to reports, Nelly is in the hole for over $2 million.

Uncle Sam nailed Nelly with a $2,412,283 federal tax lien in August. The tab is so big, the IRS could start seizing his assets and property. He’s also got state tax trouble — earlier this year, the Missouri Department of Revenue said the St. Louis rapper owed $149,511 in unpaid state taxes from 2013. He originally owed a mere $113,533 … but interest is a b*tch. Sources close to Nelly tell us he’s already working with the tax authorities to resolve the issues. (TMZ)

Back in July, Nelly reacted to the success of his 2000 debut album Country Grammar.

According to reports, the LP is one of only a few other hip-hop albums to reach diamond status.

Country Grammar is just the eighth album in hip-hop history to achieve a diamond certification. Other diamond-selling albums include Eminem’s The Marshall Mathers LP and The Eminem Show, Outkast’s Speakerboxxx/The Love Below, Tupac’s All Eyez On Me, and The Beastie Boys’ Licensed to Ill. (Complex)

Country Grammar was released in 2000 with 235k copies sold in the first week, debuting at the number 3 spot. It remained in the top 10 of Billboard 200 for several weeks before topping it in the week of August 17, 2000, selling 235,000 copies again. The album spawned the hits singles ‘Country Grammar (Hot Shit)’ and ‘Ride Wit Me’. (Hip-Hop-N-More)