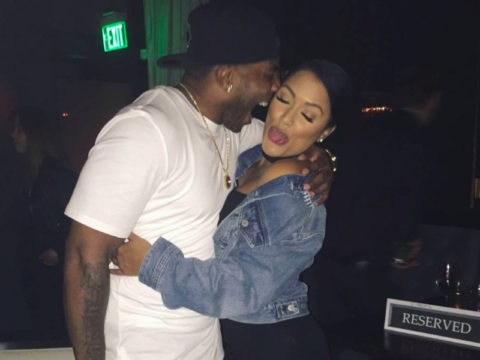 Fiasco Friday. It feels like a crazy Friday SOHH why not get things going with Nelly tying the knot with his longtime girlfriend Miss Jackson? Speaking of rap stars, what about Diddy giving $1 million to Howard University? With unbelievable things on your mind, what do you think about Sean Kingston pulling a Fetty Wap? All this coming up in SOHH Whatcha Think.

Did Nelly quietly tie the knot without letting the whole world know? That’s what the big rumor is right about now. Ashanti’s ex-boyfriend looks like he’s done with his previous “Foolish” ways and is getting his grown, grown, grown man on? Instagram has the shots:

Do you think they really did it? Was this just a fun moment for them? Can you see Nelly married? #SOHHWhatchaThink?

2. All About The Benjamins

Is Diddy trying to get up on Russell Simmons‘ level with his charitable ways? Turns out he really went the extra mile to show some financial love and support to Howard University. Diddy’s Instagram has the full explanation:

Should more artists follow Diddy’s move? Is Puff Daddy just doing what’s right or getting a publicity moment? Is $1 million below, too high or just right? #SOHHWhatchaThink?

3. The Hair Up There

What’s going on with all of these artists doing hairstyle changes? Just when you thought The Weeknd was crazy for cutting his hair, it looks like Sean Kingston added some to his head. His Instagram page has the proof:

Are you feeling the new look? Is it respectable for men to throw up some fresh hair like this? Is Sean Kingston going to get co-signs or backlash for this? #SOHHWhatchaThink?