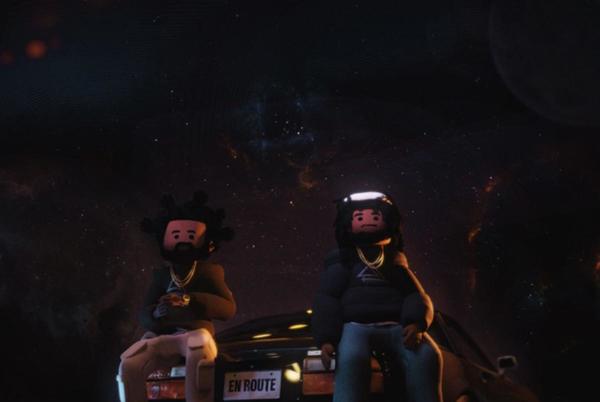 It has been nearly four months since the fatal shooting of Pivot Gang Producer and DJ squeakPivot.  Last Friday, MFnMelo shared the Deluxe version, of he and squeak’s collaborative album, En Route, which originally dropped in June.

Via an Instagram post the Chicago rapper voiced his lingering sadness regarding the passing of squeak, his appreciation for the gifts squeak imparted, and his determination to commemorate his fallen comrade through their joint project: 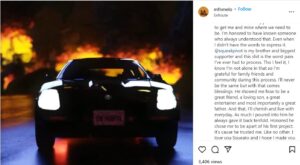 Through sorrow comes great art, and the same can be said for En Route (Deluxe), which adds four new songs to the original track list, all which credit squeakPivot as a contributing producer.  New tracks include the bouncy and moody first offering What You Stand 4, the airy and ambient Airdrop, and culminate with Mood Swing, which features Pivot Gang lead man Saba, and was released a few days prior to En Route Deluxe.

Saba, the often-underappreciated Joseph Chilliams and Frsh Waters collide with trademark intensity and influence on Mood Swing, witch each verse effortlessly connecting with the last.  Pivot Gang has always been one of the most closely knit collectives in the game, but it appears that the tragedy surrounding the group will continue to function to bring them closer.

En Route originally was a celebration of MFn and squeak’s combined talents, and the two are still unquestionably the star of the show on the Deluxe version.  Melo’s earthy and soulful bars carry the weight of the project, and hint at the potential of an artist who is becoming more and more seasoned, with projects like Everybody Eats and the extensive work on You Can’t Sit With Us under his belt.

Above all, En Route is a celebration of squeakPivot’s life, and an ode to the impact and influence Pivot’s Dj and Producer had both musically and personally with his team.  Expect many more great things from Saba and company as Pivot Gang turns its focus to 2022.