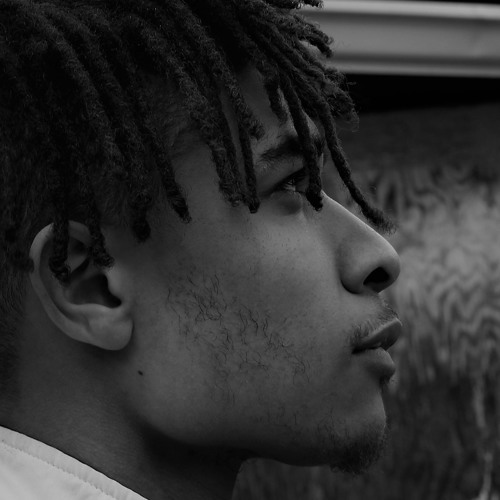 Last we spoke to drewtyrell, the Harrisburg, PA rapper was preparing for a once-in-a-lifetime opportunity to open for transcendent Kota the Friend in his hometown at Flight Night Hip Hop Festival.

I don’t physically write down any of my lyrics. Each song is as raw an emotion as possible.  Each song comes from a different place, but the melody and beat selection are most important when I’m trying to create that atmosphere.

As any savvy independent artist would, Tyrell chose to capitalize on the momentum of this historic event, releasing his fourth album, Searching for Something just five days after the festival, which by all accounts was a smashing success.  We took the opportunity to reconnect with drewtyrell to discuss this new album, his experience at Flight Night, and his plans for 2022.

We saw some live footage of the album release party and it looked lit!  Can you tell us about the event?

The album release was an amazing experience. The room was full of positive energy, and I received a ton of feedback on the album. Everyone who attended completed a survey where they listed their favorite songs, and every song was mentioned at least once. I couldn’t have asked for a much better turnout.

Ten tracks feel like a great number for an album these days – short enough to keep a listener’s attention, but long enough to create depth and layers.  Talk about the flow of tracks on Searching for Something.  Did any songs not make the cut?

My process for creating an album begins with a ton of recording. I don’t usually have the album concept in mind, just an idea of the moods I’d like to convey. From there I build a bank of about 30 – 35 songs that I narrow into an album.  Searching For Something contains songs that I’ve made in the last 5 months and is a snapshot of my current life. The first song, Not This Time, introduces listeners to a mind state of self-sufficiency and learning from mistakes. From there I go through a journey of thoughts and experiences, as I attempt to identify the underlying causes of change in my character.

It seems as if this project is almost a new layer of your identity as an artist.  Elements of your “trademark” sound exist, but this was something different.  What does it take to reinvent yourself, and why do you choose to take on that kind of challenge?

This album was more about giving listeners a full display of my artistry. I wanted to include a little bit of everything, in terms of moods, to display my own shifts in mind state, and changes priorities. The sound of this album is one I’ve always been capable of, however the production on this album was completely outsourced. I recently began working with two Harrisburg producers named ELWOA, and Meson. Their sonic influence inspired fresh ideas that transformed into new experiences for my listeners.

The lyricism and wordplay throughout Searching for Something is on point, but it seems as if a lot of what you were going for had to do with feel.  How do you give a project a certain atmosphere?

I don’t physically write down any of my lyrics. Each song is as raw an emotion as possible. My use of melody is the foundation of my music, and what I first search for when coming up with a song. I sometimes mumble entire songs with a desirable melody, and then go back to replace them with actual words. Each song comes from a different place, but the melody and beat selection are most important when I’m trying to create that atmosphere.

We’d love to hear about your experience at Flight Night!  How did it go through the lens of drewtyrell?  What was it like working with the fltbys team and Kota?

Flight Night was one of a kind! There was so much loving energy in the building. My performance went extremely well. The crowd was interactive, and I was able to gain a number of new fans. There were things to learn from, of course. I look at each show as game day, a chance for me to show what I’ve been working on. However, it’s also a chance for me to critique myself and grow to put on a better show the next time out. Overall, Kota’s team was awesome! I hope to work with them again soon.

Flight Night must have been extra special for you, performing in front of your friends and family, in your hometown.  What did that mean for you?

I think that was the best part about it. People close to me were able to see how others reacted to my music. It gave them a chance to take a step back from being my friend and allowed them to be a fan of me and what I do for a living. It was a fulfilling moment, and more than likely the first of many big shows that I perform in Harrisburg.

Without giving away everything, tell us about your plans for 2022 and beyond.  What are you looking to accomplish this year?  Do you have an artistic New Year’s Resolution?

As an independent artist, so much of my success is dependent on how well I conduct the business side of my operation. So, with that said, 2022 will be a year where I take another step in building my brand. That includes as much content as I can create, new music, live shows, merch, and tons of marketing maneuvers. Those are my focuses right now, other than continuing to travel and live life the best I can. That’s the only way I continue to provide a unique perspective. 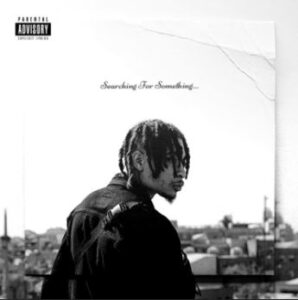 Coming off such an active two-month period, and with the humble and hardworking identity that defines drewtyrell, 2022 is sure to be a year full of more lessons, and more highs.  Be sure to stream Searching for Something today.

At Today’s Hip Hop, we provide independent artists with the tools, resources, and platform to empower themselves, and monetize their career.  Follow us on Instagram, and feel free to reach out directly if you believe you or an artist you know is ready to take this next step forward.