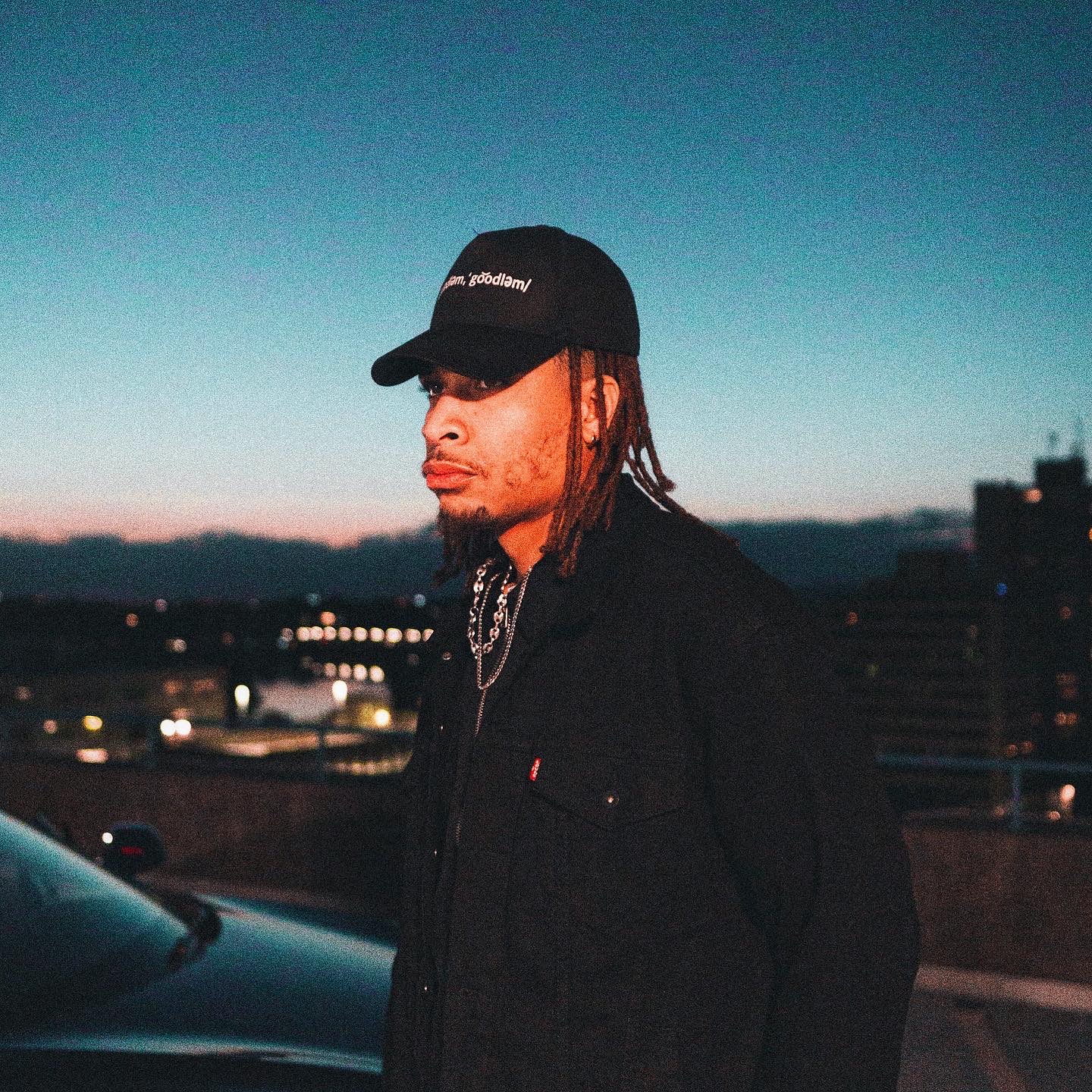 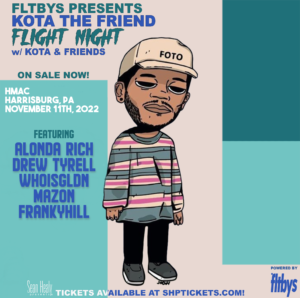 Embracing the concept of connecting up-and-coming talent to their community, we will showcase a stacked lineup of opening acts in Harrisburg, before Kota takes the stage at HMAC on November 11th. Southside, Harrisburg emcee drewtyrell is no stranger to the Flight Night Stage.  Last year, he was one of the openers, and has been invited back to showcase his high-energy tracks, and thoughtful songwriting.

Drewtyrell creates with elements of modern, trap instrumentation and up-temp delivery.  However, he pairs this style with strong songwriting, embracing humility, perception and intelligence in his lyrics.

Impressively, Tyrell takes ownership of the entire creative process. From recording, to engineering, designing cover art, and promoting, he understands that work ethic and perseverance go a long way toward making a name as an independent.

Drewtyrell’s unique flow and cadence set the stage for tracks with just the right touch trap, soul, and lyrical flavor.  He often uses tasteful autotune and meticulously layered hooks to add depth to his compositions.  Tyrell has a distinctive voice, and uses his original sound to create melodies rich with emotion.

A prolific hit-maker, drewtyrell has released three projects in 2022, most recently album For My Fools 2 in October.  This most recent work speaks to Tyrell’s skill and versatility as a recording artist.  One of his hardest projects to date, For My Fools 2 is built on beats that slap, and Tyrell’s rugged bars.

One of the clear highlights of the album for us is track 4, Roll Pain.  Over a percolating guitar melody and heavy drums, drewtyrell attacks the beat with excellence and aggression.  His bars are on point, catchy and exhibit superb pacing.

Front to back, For My Fools 2 is an exhibition on Tyrell’s ability to body beats. This is definitely an album you should bump at the gym or on a run.

In a 2021 interview with Today’s Hip Hop, drewtyrell spoke about the importance of taking ownership of your business as an independent artist.

“As an independent artist, so much of my success is dependent on how well I conduct the business side of my operation. So, with that said, 2022 will be a year where I take another step in building my brand. That includes as much content as I can create, new music, live shows, merch, and tons of marketing maneuvers. Those are my focuses right now, other than continuing to travel and live life the best I can. That’s the only way I continue to provide a unique perspective.”

Tyrell has been true to his word, releasing a flurry of music in 2022. All while grinding on the back end to get the word out about his art.

One of the first artists to appear at Flight Night twice, Tyrell has the experience of last year’s show to rely on.  He approaches his second performance with Fltbys nothing less than humble.

“It’s an honor to be returning to Flight Night. I’ve grown as an artist, and as a person over the last year; I’m excited for people to witness. I have endless appreciation for Kota and his team for including me once again. It will be an amazing night.”

Look for drewtyrell to turn heads once again at HMAC on November 11th.  Limited tickets are still available at FlightNight.com.