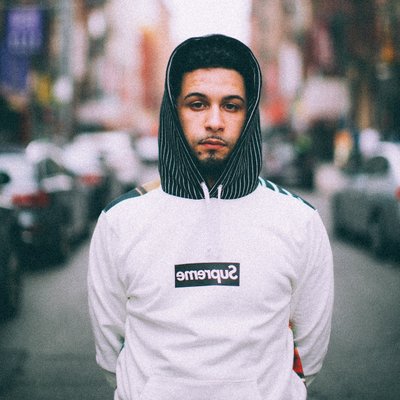 2021 was a watermark year for hip hop, with most of the biggest names in the game dropping prominent projects.  That said, the underbelly of the game has always been the underground, and this year especially, it was bubbling over with talent ready to burst onto the scene.  These are our picks for the rappers who are next up, positioned to make big noise in 2022. Rather than rank each artists we urge you to listen and make your choices based on style and taste.  You’ll definitely see some of these names on our next playlist update. Here are our top five breakout rappers of 2021.

The next up from the Pacific Northwest, Tacoma, Washington artist Keys Open Doors uses elements of R&B and hip hop to create genre-bending masterpieces.  With diverse vocals supplemented by virtuoso layering, superb mixing, and intricate attention to detail, Keys Open Doors has all the elements of a star in the making.

In some ways, he reminds of us Smino; as talented a singer as your favorite singer, and as potent a rapper as your favorite rapper.  With two fantastic EPs released in 2021, Fool’s Journey and Northwest Approval, Keys Open Doors is certainly giving fans plenty of new material and looks poised to break out in 2022.

Favorite 2021 Quote: “My nigga times have changed, I have too/I feel incredible I should move/Used to want to live in a house for two/Now I want a crib that will fit my crew.” –  Money Talks

North Carolina soul singer/rapper Morray broke into the mainstream in 2021, featuring on one of the year’s best rap albums, J.Cole’s The-Offseason.  Featuring on a classic track with Cole and 21 Savage would be enough to get anyone’s attention, but Morray’s solo work in 2021 holds its own merit.

The versatility of the rapper/singer has never been more prevalent, and Morray’s vocal strength definitely allows him to stand out in this category.  His 2021 debut album Street Sermon is an ode to the expressive, soulful vocal style and writing that are defining the early stages of a promising career.  Look for Morray to capitalize on a strong 2021 with even a stronger foray into the mainstream next year.

Favorite 2021 Quote: “You was my nigga, man, you was my homie, man, I put my guard away/Then I learned that friendships fade like Penny Hardaway.” – Switched Up

A prominent skater first, and still better known by the name Sage Elsesser, Navy Blue began to make some real noise with his lyrical, jazz-based sound toward the end of 2020.  This year has been a breakout one for the rapper/skater, as his solo career has begun to blossom, with his early musical career relying on a smattering of features including work with Frank Ocean, MIKE and Earl Sweatshirt.

His laid-back cadence and excellent beat selection make for and old-school, boom bap feel that are augmented by sophisticated writing.  2021 album Navy’s Reprise was the Brooklyn rapper’s most complete work to date and is another sign that he is positioned to make some real noise in the rap game moving forward.

Favorite 2021 Quote: “Head up, underwater, David Edgar with the goggles/A 9 like Ronaldo Navy been a baller like Carlos Tevez.” – Ritual

Brooklyn artist Radamiz took another huge step forward in 2021 releasing a superb project, Every Bad Day Has Good News. Definitely not a newcomer to the game, Radamiz’ past discography includes features with Kota the Friend, Marlon Craft, Ab-Soul and MFnMelo.

Radamiz is no stranger to receiving acclaim based on his potential – in 2013 he was named Hot 97’s East Coast “Who’s Next” artist and has worked with Statik Selektah and opened for Nas.  While Radamiz has been honing his craft for years, it is about time he begins regaining the true attention of fans of strong lyricism, positivity, and great writing.

Favorite 2021 Quote: “Seeing black cards in my Tarot reading/Call a paramedic for the parameter/I be paraphrasing like a paralegal/Make me port-a-potty on important people.” –  Spades

Sharing a bloodline with Kendrick Lamar is certainly a plus, but one of the great things about the hip hop game is it gives out no favors.  Baby Keem earned his merit with hard work, and dope music.  Named to 2020 XXL Freshman list was justified, but Keem released very little music last year, leaving 2021 as a make-or-break one for the Vegas rapper.

Baby Keem definitely decided to feast, with a dope new album titled The Melodic Blue, containing two tracks with the only Kendrick verses of 2021.  While the Kendrick features are fire, it is tracks like lost souls and scars that showcase Keem’s individual talent as a writer and a vocalist.  Don’t be surprised to hear a lot more from Baby Keem in 2022.

Favorite 2021 Quote: “Don’t saturate my love for some respect, I cannot vouch/Judgin’ from my shoes and all they seein’ is the couch/My moral what I stand on so I got up and I bounced.” – scars