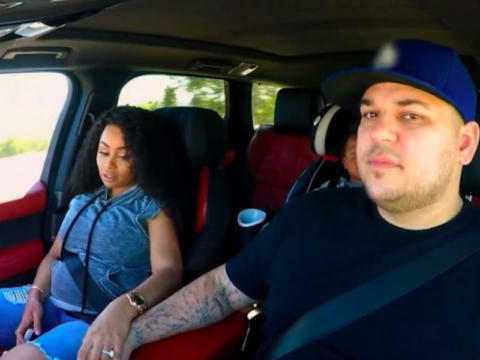 According to reports, Game’s sexual reference to Chyna shocked Rob and caused some serious friction.

We’re told Rob was weirded out because Game had spent so much time with his family, and he felt it’s something Chyna should have disclosed early on in their relationship. She begged to differ, claiming it went down long before she hooked up with Rob. The lyrics go, “Blac Chyna head the bomb, Al-Qaeda.” After they argued, they agreed the common enemy was Game, who never gave Chyna a heads-up. (TMZ)

A few days ago, the rap veteran confirmed having a past fling with Rob’s sisters and Chyna.

Last month, reports claimed Game likely only slept with Kim Kardashian back in the day.

Sources close to the Kardashians tell us you can count out Kylie, Kendall, Khloe, Kourtney and Kris … none of them had sex with Game. The sources acknowledge Kim dated Game back in the day … so that one’s on the table for discussion, but that’s it. Game reached out to Kanye to get his blessing for the song, and Kanye said he didn’t have a dog in the fight. (TMZ)

On his recently released “Sauce” song, Game shows no shame in claiming he slept with three Kardashians.