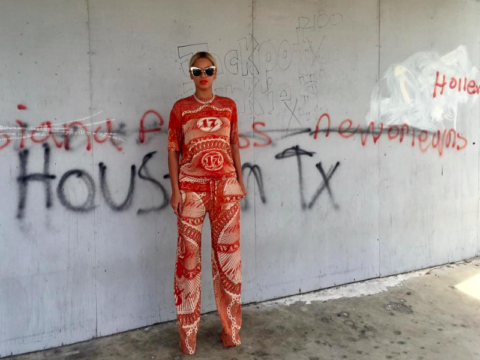 Grammy-winning singer Beyoncé is about her fans when it’s all said and done. The Queen Bey took a break from her Houston Formation tour run to show some local hometown fans love.

A diehard fan posted up a shot of herself alongside the R&B diva and shut down speculation of Bey being rude.

Next month, Bey is slated to headline a New York charity concert for streaming giant TIDAL.

Jay and Bey will perform, as well as Nicki Minaj, Lauryn Hill and Lil Wayne, at Brooklyn’s Barclays Center. The event — for which tickets will start at $50, with some VIP packages going up to $100,000 — will raise money for Robin Hood, education for children in NYC and for charities nominated by the artists. The event will also be streamed live on Tidal. (Page Six)