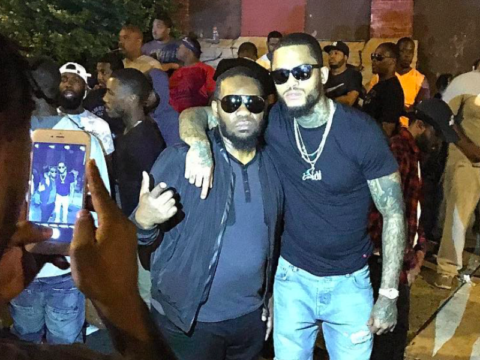 New York rapper Dave East won’t pick sides in the growing rap feud between Meek Mill and Game. The Harlem rap newcomer shut down speculation this week about rolling with the Dreamchasers.

East put up footage Saturday (September 24) and denied having a role in the dispute.

Last night, a clip surfaced of Dave hanging out with Meek and his entourage.

Yesterday (September 23), Game put up pictures of himself hanging out in Meek Mill’s Philadelphia hometown.