Russell Wilson Reveals How Seahawks Are Supporting National Anthem & Colin Kapernick: “CHANGE Can Only Happen TOGETHER” 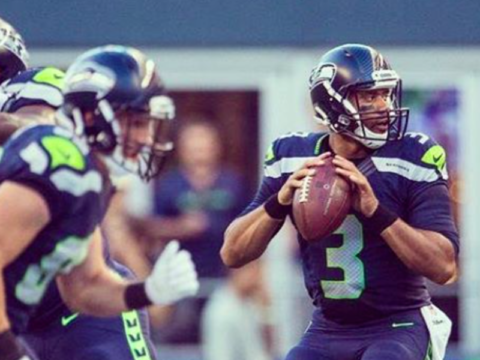 NFL’s Russell Wilson is ready for change. The Seattle Seahawks quarterback has revealed how his teammates are going to protest and support the national anthem this weekend.

Fat Joe decided that today was the day he was going to share his position on fighting against social injustice and the right way to fight for racial equality. According to his tweet, it’s disrespectful to kneel during the national anthem because it disrespects the soldiers that have fought for our freedom. In sharing his views on Twitter, it appears that Fat Joe also forgot to use spell check. Joe immediately deleted the tweet and followed it up. (Black Sports Online)

The post Russell Wilson Reveals How Seahawks Are Supporting National Anthem & Colin Kapernick: “CHANGE Can Only Happen TOGETHER” appeared first on SOHH.com.