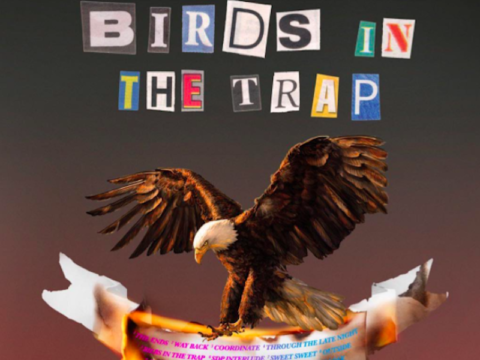 Texas rapper Travis Scott‘s Birds In The Trap Sing McKnight has come for that number one spot. The hip-hop artist’s surprise album release has beat out its competition.

According to weekend reports, Scott’s newest studio release sold just under 90,000 copies in its opening week.

Epic’s Travis Scott has bowed at #1 on the Sales Plus Streaming (SPS) Chart with 89k for Birds in the Trap Sing McKnight, which he dropped as a surprise, two-week Apple Music exclusive last Friday morning. On the Album Sales Chart, A Day To Remember have snagged the top spot with just north of 53k for their independently released Bad Vibrations. However, on that chart, there was certainly a photo-finish, as Scott ended up at #2 with a few hundred units south of 53k. (Hits Daily Double)

No stranger to co-signs, as of late celebrities from NBA veteran Kevin Garnett to President Bill Clinton have all shown their appreciation for Scott.

Early estimates had his new project selling at least 60,000 units in the first week.