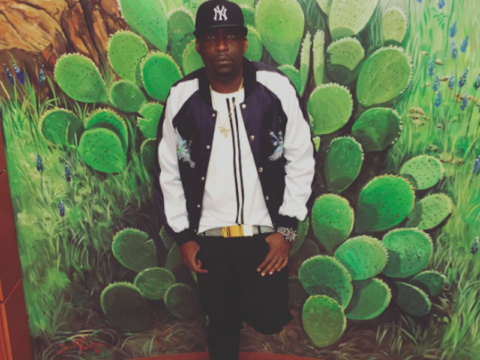 G-Unit‘s Tony Yayo can’t be touched in NBA 2K17. The “Talk of New York” has flexed his skills on the must-own basketball video game.

Yayo went to Instagram last night (September 19) and showed off his savage gaming talent in a blowout against the Golden State Warriors.

“Drake’s a big fan of the game. We’ve had a relationship with him going back some time and the biggest thing we try and stay aware of is the general culture around basketball. Whether it’s the shoes or the music, we try to stay aware. Last year with the NBA All-Star activities going down in Toronto, you couldn’t see anything without Drake. Toronto’s synonymous with the NBA and the label itself kind of fits our play experience as well. The variety and grind is a little bit different too but we’re trying to keep it fresh. It’s more about what they would like to hear as opposed to new music premiering in the game. We’ve had LeBron James pick songs back in the day like “In The Air Tonight” and it ends up becoming iconic tracks from that soundtrack.” (SOHH)

The post Tony Yayo’s NBA 2K17 Skills Are Ridiculous: “This Is What I Do To N*ggas!” [Video] appeared first on SOHH.com.