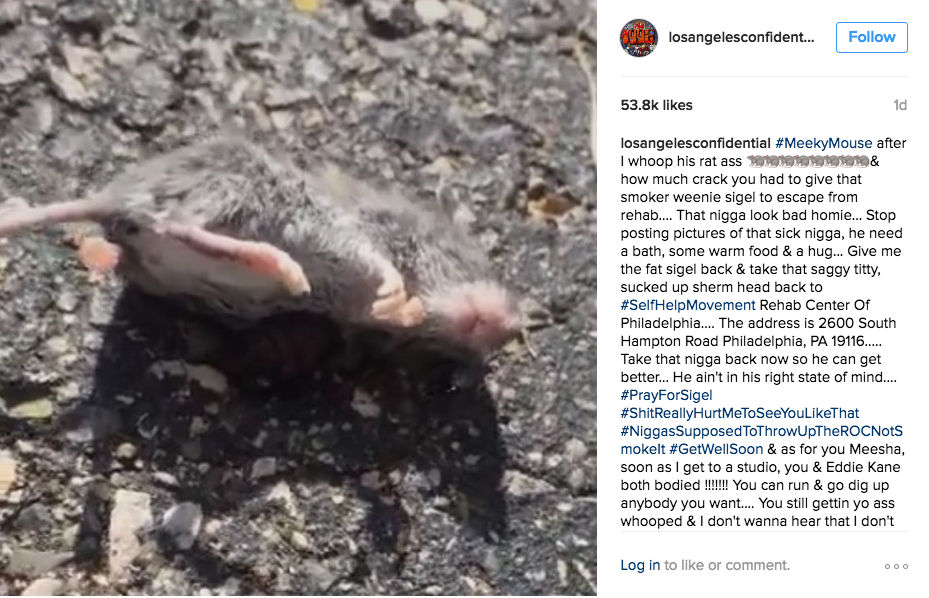 The Game is taking his feud with Meek Mill to OD slanderous levels. The Compton rapper took to Instagram to berate Beanie Sigel, calling the Philly MC a crackhead.

Beans made a cameo on Meek’s “OOOUUU (Remix)” which is a diss record aimed at the Game.

Apparently, Jayceon Taylor didn’t get the memo that Beans dropped weight for his health and he’s also down to one lung after losing the other in a shooting in late 2014.

Nevertheless, “how much crack you had to give that smoker weenie sigel to escape from rehab…. That ni**a look bad homie… Stop posting pictures of that sick ni**a, he need a bath, some warm food & a hug…,” wrote Game in the caption of an Instagram pic of a dead rat.

Also featured on the aforementioned diss track was Omelly. While Omelly is a known street dude not to be trifled with (allegedly), Game posted a pic of the Philly native freestyling on Sway In The Morning, which he cites as evidence Nicki Minaj writes everyone’s bars. SMH.

Watch on the flip.

Can’t we all just get along?