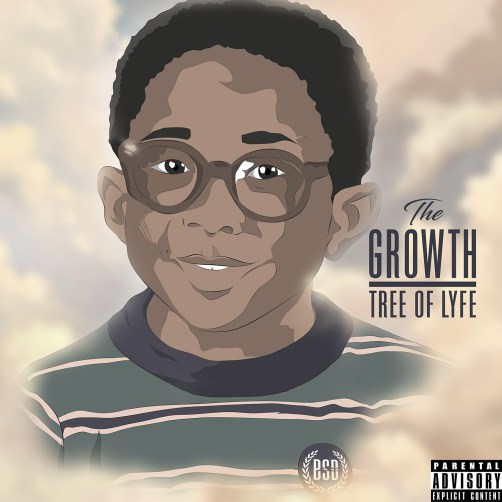 Tree of Lyfe has to be the real future of  Los Angeles Hip Hop. His debut mixtape “The Growth” is extremely powerful, full of substance, conscious lyrics, soul and hard-hitting beats! He embraces the true essence of Hip Hop to the fullest! This 16 track mixtape has so to be one of the most original mixtapes for 2016, also its somewhat a tribute mixtape the The Fugees and other classic Hip Hop acts!  As a MC, Tree of Lyfe is on a top-teir level, that’s for sure!  Just listen to “The Score” & “Family Business”, he raps over classic Fugees instrumentals and it was like a knife cutting though butter!  He rhymes are crazy!

But yeah, I can’t express myself enough to tell all of you this dude is not playing around when it come to real wordplay!  A debut mixtape is sometimes a great introduction to a possible album in the works.  He has already proved that the talent in there, now its just a matter of time when Tree of Lyfe drops his full length original project and really starts branding himself.  Los Angeles is the mecca for entertainment, so he is well situated, being based out of a great city, we know for sure since the BLOG is based out of LA as well.  Yes!, there are a whole lot of MC’s out here too, but the real ones rise to the top, and Tree of Lyfe might possibly be on the tippy top.

For anyone out there tying to listen to some quality Hip Hop, this mixtape is for you!  Dont sleep!