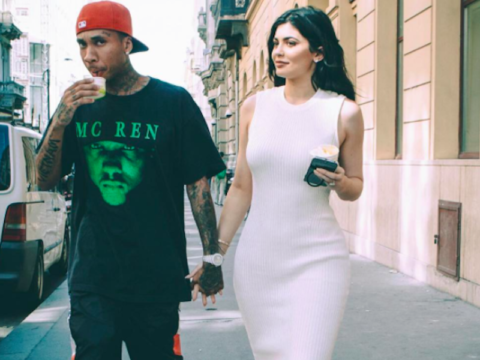 Young Money’s Tyga is no longer relying on rumors and Snapchat clips to hint at his reunion with girlfriend Kylie Jenner and, instead, is showing off their bond on social media.

Tyga went to Instagram last night (July 13) and treated followers to a coupled up shot of himself alongside Jenner.

Jenner added fuel to the rumor after publicly showing off an alleged engagement ring.

The post Tyga Goes Public About His Kylie Jenner Reunion appeared first on For The Best In Hip-Hop News – SOHH.com.