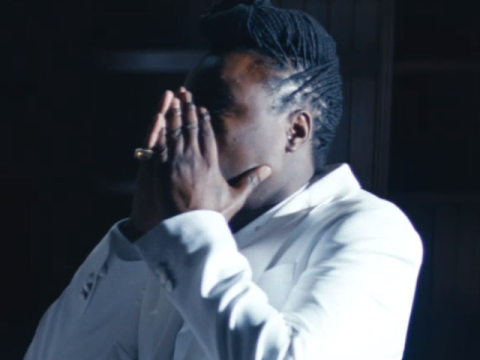 The Washington, D.C. native went to Twitter Friday (July 22) to break the news.

“Nah, that ain’t my girl,” Wale said when asked about the ‘Empire’ dating rumor. “We got a couple songs though. She’s dope – I honestly think the show leaked that information. If you look at the initial report, the initial report was from Entertainment Tonight. My black a** can’t reach no Entertainment Tonight – I don’t think they’re going to take any calls from me. If that joint was on Media Take Out or Bossip, you’re up my alley and then the initial report was kind of promoting the show. ‘Empire, which airs tomorrow.’ They said, ‘She tweeted his song a month ago.’ You wanna put a list together of all the girls that tweeted my joint? Then I’m doing it big in these streets.” (“The Breakfast Club”)

A source tells ET that the couple has been dating since June. Wale, 31, lives in Los Angeles but has another home in Chicago, where Empire films. The two have been working on maintaining a long-term relationship and see each other every few weeks. (Entertainment Tonight)

Coincidentally, marriage rumors surrounded Wale back in May 2015.

The post Wale Makes Huge Announcement: “I Never Cried & Smiled At The Same Time Until Today” appeared first on For The Best In Hip-Hop News – SOHH.com.