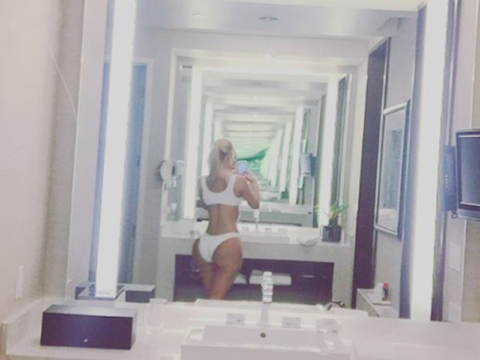 Hustle Gang‘s Iggy Azalea is ready to set the Internet on fire after releasing an extremely sexy bathroom pic of herself.

Last month in Australia, Azalea threw up the middle finger to a paparazzo when asked about former fianc├® Nick Young and his ex-girlfriend Kenna Green.