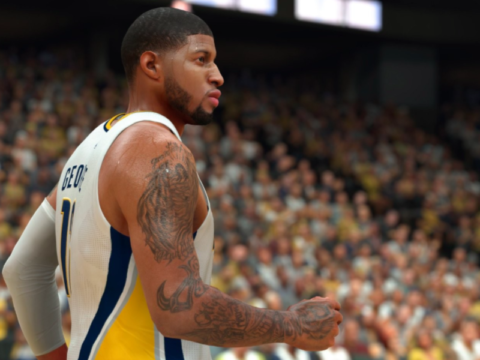 [With NBA 2K17 finally here, NBA 2K’s Senior Producer Rob Jones talks to SOHH about the must-own game invading devices like Apple TV and how much emphasis is placed on making the in-game crowds life-like.]

I think we aim to talk about all platforms NBA 2K can go on. We focus on what’s the best on each individual one and then what gets down, we don’t internally develop, we have other studios that are developing the smaller platform stuff.

But they’re all under our direction. The content gets decided on, on our side, about what we can and can’t do or what’s important and not important to do.

As far as the in-game audiences are concerned, things like the crowds leaving during a blowout have been there before but a lot of those things often times don’t show enough. So we have it in there but it doesn’t really stand out to the player.

We’ve been working on improving on the presentation like the crowds and mascots. All of it combines to become the experience.

I play every other sports game too and if I see a crowd that’s better than ours, I’m yanking artists into my office saying, “Yo, why can’t we do this?”