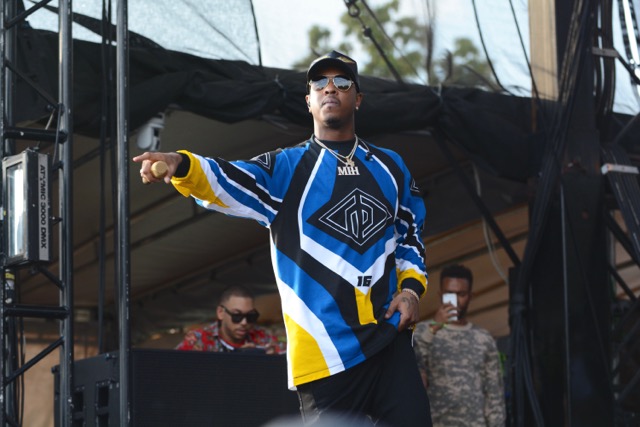 Chicago was the place to be last weekend. Not only was Chi-city native Chance the Rapper debuting his Magnificent Coloring Day Festival at the White Sox’s U.S. Cellular Field baseball stadium- the first ever music fest in that venue, on Saturday (September 24,) Common was hosting AAHH! Fest on the near west side, the second event after a one year hiatus on Saturday and Sunday (September 25.)

The festival, which debuted in 2014, has become a Fall favorite for Chicagoans; a one-stop shop for music, philanthropic efforts and community involvement. This year’s fest heightened expectations with big-name bill with political and social activism all balled into one.

Union Park hosted thousands of hip-hop heads for the two-day festival; a community day on Saturday, hosted by Malik Yusef, was open to all ages, complete with performances by Tink and Taylor Bennett. Keeping in tune with building up the community, career zones, health and wellness and the arts were all highlights of the day. And in true comradery form, Chance the Rapper crashed Community Day before his own festival on the south side, performing his latest smash “No Problems” featuring 2 Chainz and Lil’ Wayne, “Sunday Candy” and “Blessings.” Common returned the favor, showing up to Chance’s festival, performing Oscar Award winning track “Glory” alongside John Legend.

Comedian and actor Deon Cole (Barbershop: The Next Cut, Barbershop: Back in Business) hosted throughout the Sunday events, featuring performances by fellow Windy City cohorts Jeremih, Vic Mensa, and Sir The Baptist and a DJ battle.

The Internet, The Roots and soul singer Bilal also was also on the bill, performing before “No Role Modelz” rapper J. Cole headlined. The evening wasn’t complete without a few surprises. West coast OG Ice Cube took to the stage performing a short set of tracks, including 1993’s classic “Today Was a Good Day,” before R. Kelly’s surprise performance.