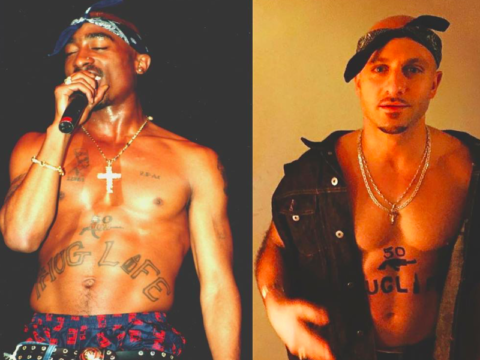 [With growing anticipation for the upcoming 2Pac biopic All Eyez On Me, Makaveli fanatic PeleBoY tells SOHH how pumped he is about its release and what he hopes to learn about the late hip-hop icon.]

The guy they got for the role has a great resemblance to 2Pac. I’m excited. I just hope it’s the best. If you’re going to do a 2Pac movie, it’s gotta be the best.

One of the producers of the film supposedly worked closely with Pac for a long time so he knows the real Pac. I just want to hear or see something that we never got to see from Pac like a message or what he used to do outside of the music.

Every now and again you’ll hear about something Pac would do outside of the music, so that’s something I would like to see in the film.