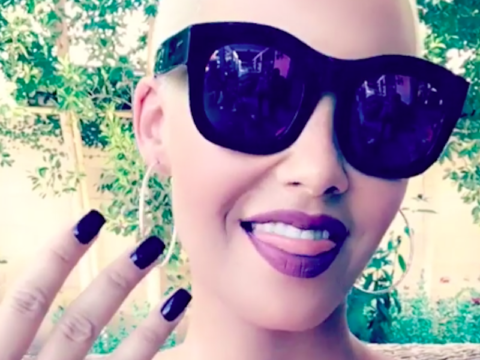 During her “The Amber Rose Show” Friday (July 22) broadcast, Rose heavily spoke on the aftermath of Yeezy interrupting Swift at the 2009 MTV Video Music Awards.

“It was just a very hard time for him,ÔÇØ she recalled. ÔÇ£I watched people say that they did not want to work with him anymore because of it. ÔÇª I know that Kanye would never ever go through that again by not calling Taylor and say, ‘Heads up, I’m about to go write this verse real quick. Just wanted to make sure you’re cool with it,ÔÇÖÔÇØ Rose said. ÔÇ£I know that about Kanye.” (Us Weekly)

Amber also used her public platform to take a few playful shots at Ye about featuring her image in his “Famous” music video.

“So, I say all of that to say: Why didn’t I get a phone call for using a naked wax figure in your video, Kanye?” Rose said to the camera, referring to WestÔÇÖs controversial ÔÇ£FamousÔÇØ music video, which features a bevy of famous faces naked in bed with the musician. “I mean, Taylor gets a call but I don’t get a call. ÔÇª Please stay the f–k out of the news so I don’t need to talk about your a** anymore.” (Us Weekly)

A slew of anti-Taylor Swift shirts hit the retail market this week.

The post Amber Rose Referees Kanye West/Taylor Swift Beef: “Stay The F**k Out Of The News” appeared first on For The Best In Hip-Hop News – SOHH.com.