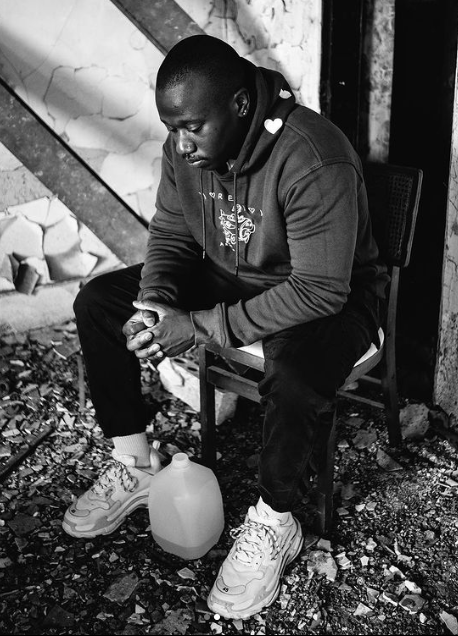 South Florida by Chicago emcee Blvck Svm is releasing elite caliber music at an unprecedented rate.  His newest joint, mercurymorris represents the first single off his debut album with EMPIRE.  Newly signed Svm links with NYC producer Austin Marc for the single which dropped on Friday.

mercurymorris is yet another example of Blvck Svm’s clinical wordplay and flow.  Set over Marc’s wavy bumps, Svm dissects the beat with razor-sharp lyrics, and his prototypical laid back delivery.  Like the Miami Dolphins legendary running back the track’s title references, he jets effortlessly through the pockets of the instrumental, using language that is equal parts bright, creative and catchy.

“I planted a handful of dreams in the soil/That not even inclement weather could spoil./My garden it turned to a forest./Scattered with numerous truffles to forage./Canopy thicken with every new chorus./Sprint through the turf in Miami like Mercury Morris.”

mercurymorris marks the second time Svm has enlisted the production talents of Austin Marc.  The duo’s 2021 single Swrdfsh is an indie classic, with 1.5 million streams on Spotify.  For a second time, Svm and Marc show the power of cold production, met by elite level lyricism.

Blvck Svm’s ascension to a major label deal and national spotlight is an inspiring story.  Amid the pandemic, Svm contemplated quitting music, turning to a string of bi-weekly releases to jump-start his career. Finally, one of those tracks, Bleach, caught fire, and Svm never looked back.  Now, with over 7 million streams on Spotify, Bleach serves as a symbol of dedication, perseverance and self-belief.

Today’s Hip Hop will continue to keep tabs on Blvck Svm, one of the most promising young lyricists the rap game has to offer.  We fully expect Svm’s debut album to be an electrifying, break-through offering.