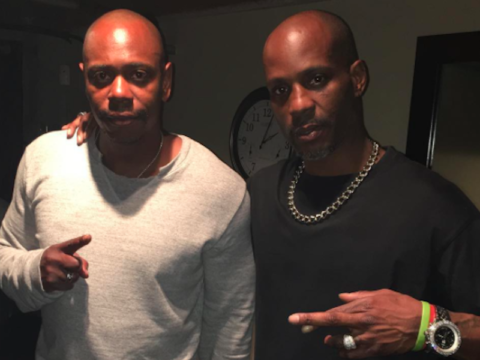 Veteran comedian Dave Chappelle is not playing around with his comedy. The respected funnyman reportedly banned fans from filming some new standup material during a recent performance.

Fans were not allowed to record the gig or take pics, and even had their “phones stored in soundproof cases” till the concert was over, spies said. New jokes included cracks about the election and Donald Trump’s infamous “Access Hollywood” tape. “He said he was staying at the Trump Soho and grabbed one of the maids by the ‘p—y’ and told her, ‘It’s OK! Your boss said it’s all right,’” a spy said. (Page Six)

Back in September, rap star Rick Ross rubbed elbows with Chappelle and other high-profile comedians.

Earlier this year, rapper Iggy Azalea dished out her desire to see Chappelle return to TV.