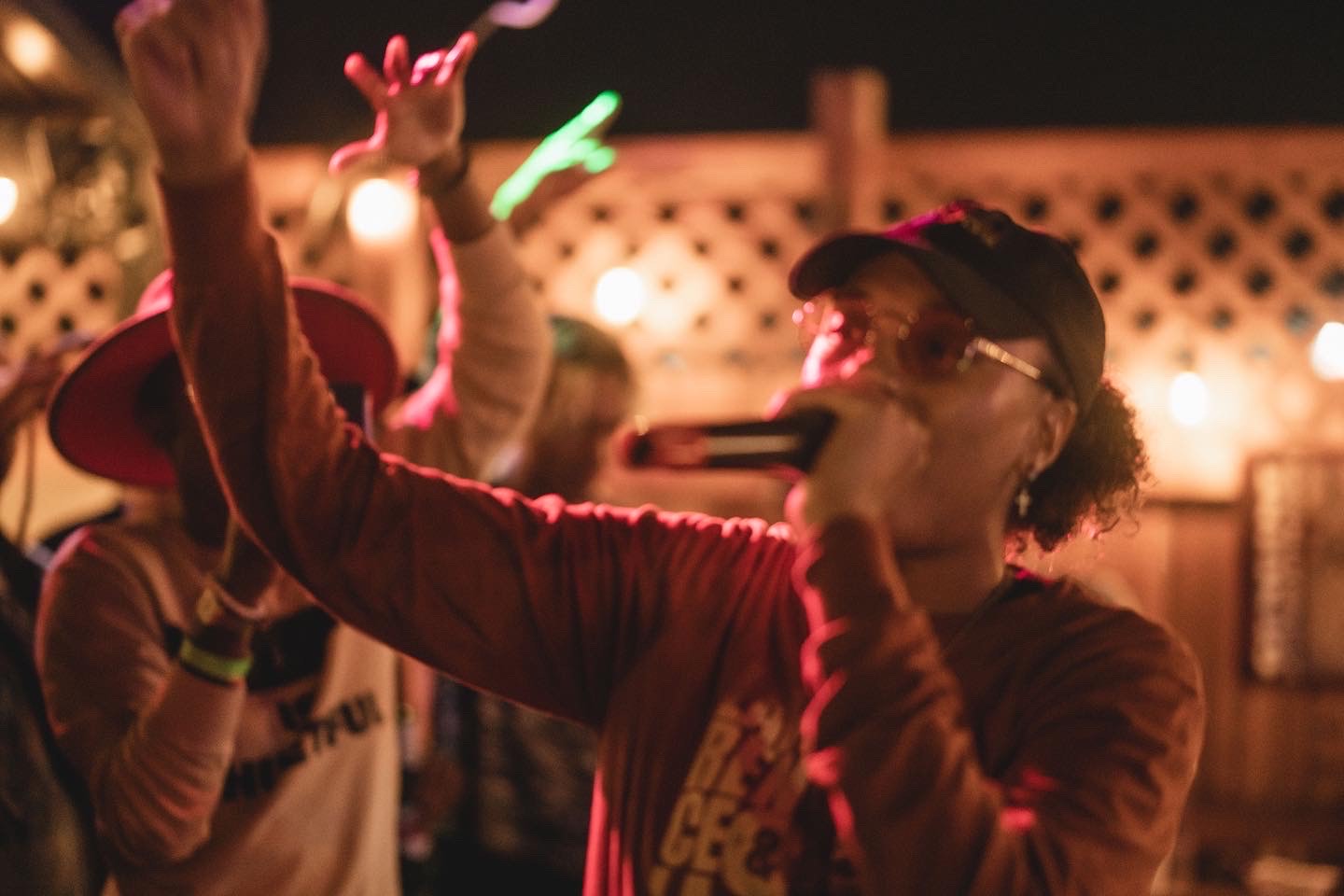 As the Denver stop on Kota the Friend’s Flight Night Music Festival approaches, it is essential to remember the true purpose of the tour, and of the fltbys brand. That mission is clearly restated in a fltbys Instagram Post: 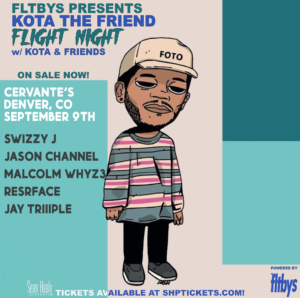 Embracing the concept of connecting up-and-coming talent to their community, we will showcase a stacked lineup of opening acts in Denver, before Kota takes the stage at Cervantes Masterpiece on September 9th.  Colorado legend Jay Triiiple will add her talents to a stacked lineup at a bittersweet time, just weeks before moving to LA to attend the prestigious Los Angeles Academy for Artists and Music Production (LAAMP).

Jay Triiiple’s mindfulness and perspective define her as a transcendent storyteller. She has the power to shift perspectives and obliterate stigmas through sound.  Triiiple has been making music since 15, and has used the artform to redefine the genre.  An open advocate for the LGBTQ+ community, Jay uses strong qualities as a songwriter and performer to appeal to a wide variety of audiences.  While commercial success is obviously a component necessary for artistic sustainability, Triiiple has always led as a true change-maker.

Residing in Aurora, Triiiple spends “a lot of time in Denver, since [she’s] heavily involved in the city’s music scene.”  Originally from Decatur, Illinois, Jay moved to Colorado at 15 years old. At about the same time she discovered music as her preferred writing medium.

Jay Triiiple’s artistry is all about duality.  She is constantly exploring new sounds, and using new platforms to share her talents with a growing fanbase.  Some tracks see Triiiple unabashed, confident, and hard, over appropriately up-tempo beats.  Others see her as introspective, thoughtful and motivational.  This dual nature creates a discography that can connect with different fans at different times.

It would be hard to box Jay Triiple in as a ___ type artist.  She is always evolving her sound, message and presentation.  While the music itself is always manifesting in new ways, the constant is consistency.  A notorious hard worker, Triiiple never leaves fans waiting for new music. Whether in traditional forms on DSPs or as YouTube freestyles, Jay is truly prolific.

When asked about her most important body of work to date, Jay Triiiple referenced 2019 project Change over Dollars.  The album is a cohesive, clean presentation.  With impeccable production, solid bars, and steady flow, Change Over Dollars, at its core, is highly representative of Triiiple as an artist.

It appears, even in its name, the album is closely linked with Jay’s identity.  The play on words is clear, despite it all, Jay Triiiple will always care more about the positive change she can make in the world, before the potential wealth it can lead to.

Track two, No Man is a great representation of Jay’s mean flow, and clear message.  The hook speaks volumes to the song’s intentions here.  Jay spits, “I put no man above me, so no man can judge me.”  After a motivational first verse, she hits a fiery, neck-breaking flow in the second, showing versatility as a storyteller and technical lyricist.

Tell the Money is another great representation of Triiiple’s talents as a wordsmith. The internal rhyme, and dope multies drive home a robust point about wealth.  “Tryna double up the payments, put it in the cases/save the money in the safe for the next generation/ain’t to many judges out here giving second chances/they won’t let us get ahead so I need my advances.” Jay shows outrageous technical prowess here, pairing “payments, cases, safe, generations, chances and advances.  This flurry of irregular rhyme can be seen throughout her work. A demonstration of superior writing and craftsmanship.

The message in Tell the Money is clear – we all grind so hard for the money we make, and it often seems like there is no longevity in that.  The phrase “money talks” has always held power. Jay Triiiple plays with that idea, ultimately revealing that no amount supersedes the good that we do in our lifetime.

Change Over Dollars pinnacle track is its last, Melanin Melodies, a truly unifying track for black culture.  Jay Triiiple touches on a number of vital societal topics, including BLM, police brutality, and Black fatherhood, using witty wordplay to drive home the message.  Maybe the dopest line in her discography can be found in this must listen track.  Beautiful in its simplicity. “A pistol is as powerful as a pencil/so be wise how you use the lead.”

A talented writer, confident vocalist all with hit-making ability, Jay Triiiple has all the tools to build off her vast experience in the Denver scene, propelled forward by the opportunities to come.

A veteran of the game, Jay Triiiple offered vital advice for any independent artist.

“The biggest challenge for most independent artists is building that core fan base organically without the label budget. You really have to get it out the mud and get your name buzzing on your own to make anyone work with you respect your career.”

Triiiple is a walking example of that path.  Through her years of grinding, numerous live performances, and discography full of hits, Jay has unlocked opportunities like her studies with Stargate Music at LAAMP, and now, performing with Kota the Friend.

While Flight Night is a celebration of independent art, the Denver iteration will be extra special to Jay Triiiple.  This moment is a culmination of her years of service to the Denver hip hop community.  The impact that an artist who carries herself like Triiiple can truly change the music culture of a city.  For this reason, it’s vital that her contributions are recognized and appreciated.

“[Flight Night], It means everything! I’m getting ready to move to LA to attend a music academy run by Stargate Music. And all I wanted before I left was to do a big show opening up for a national act. Kind of like a farewell show. And to know Kota is handpicking artists from city to city, I feel appreciated and I’m honored. I’m a fan of Kota, so it’s really dope.

What a great send-off for a true staple in the Denver Hip-Hop scene – as much an honor for the fltbys team to share the farewell with a true Denver independent icon.  Limited tickets remain for Denver Flight Night.